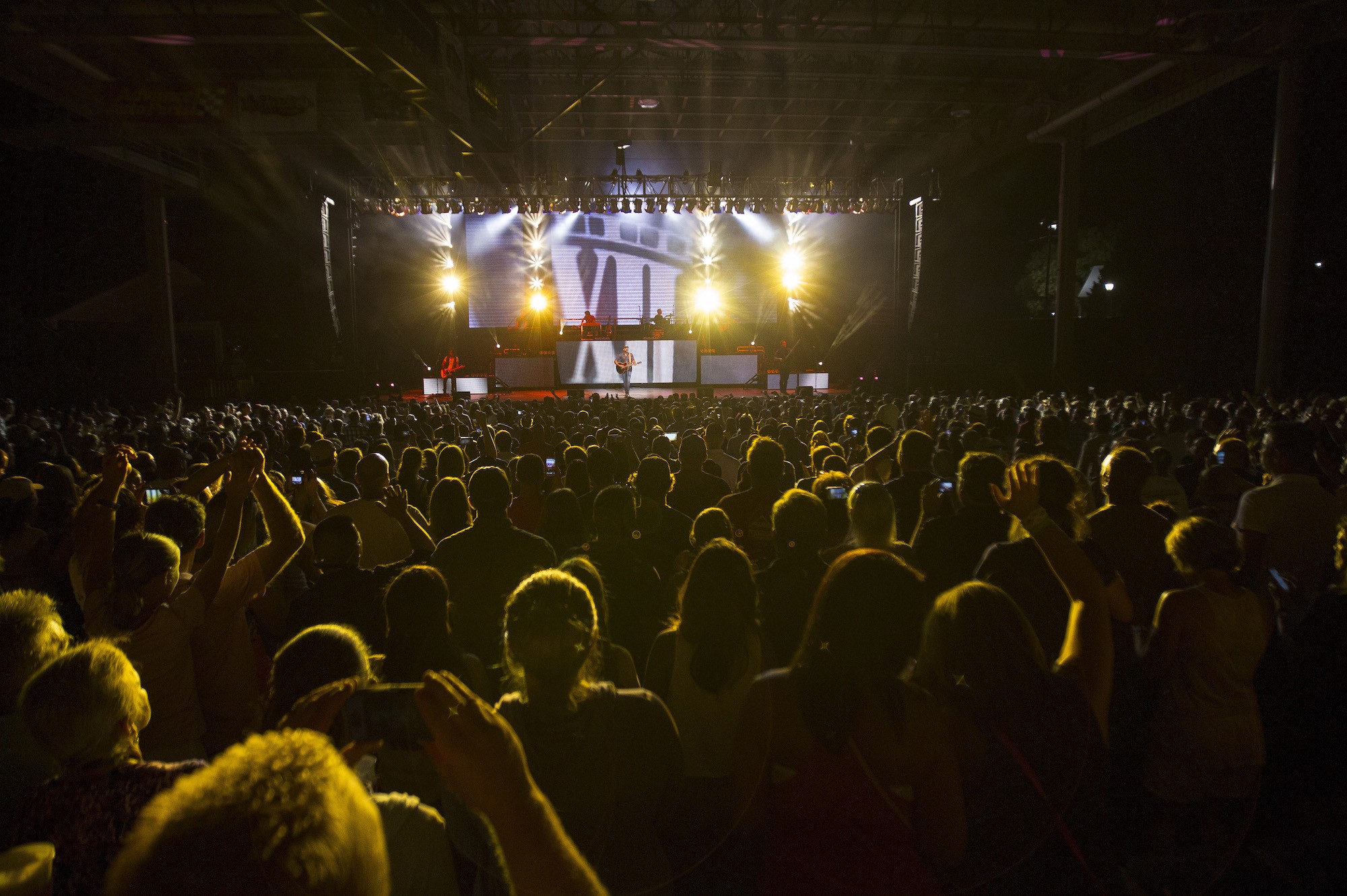 The announcement comes just in time for that venue's 25th anniversary in 2017.

"This is a fixed location, a boutique venue similar in size to the Wolf Trap or the Mann Center in Philadelphia," says Bill Reid, former part-owner of the National and the Norva who had sold both to AEG Live in 2014. He is now a senior vice president with AEG Live Mid-Atlantic. "RIR had an asset there that was sitting around. When we got with them, we noted we could help bring talent in, and they run it and do races twice a year. Nobody has to start from scratch. They’re just running their building."

Reid notes that while many people might associate country acts with Nascar races, the schedule of artists will draw from a wide variety of genres. He adds that the venue has ample parking, far more than needed, and they will be looking to bring in Richmond food vendors and food trucks. They will not be selling the lawn seats per se, but leaving that space open for ticketed audience members to enjoy, he says

"Our partnership with AEG Live will continue to build the history of the Classic Amphitheater to new generations of fans," said RIR President Dennis Bickmeier in a news release cleverly delivered with a portable record player and a crate of albums featuring artists who had played the venue. "With the 25th anniversary of the Classic Amphitheater, we will celebrate the past, present and future of one of the best concert experiences in the region."

In the past, the Classic Amphitheater has played host to national acts including Aerosmith, the Dave Matthews Band, Bob Dylan, Phish, Gucci Mane, Van Halen and the Lumineers (whom Reid calls a prime example of the kind of act the venue will book moving forward).

Known as the Classic Amphitheater at Strawberry Hill back in the 1990s, it lost business when larger, 20,000-seat outdoor amphitheaters in Virginia Beach and Manassas began to lure away A-list talent.

But the Classic Amphitheater has been booking occasional shows again since 2013. The facility now looks a little different, trees and landscape have matured and the hill has been reduced some.

AEG Live operates in North America, Europe and Asia, producing more than 25 festivals. It owns, manages or books more than 60 clubs and theaters. It presents more than 8,000 shows annually worldwide.

An announcement regarding some future artists for the 2017 anniversary season should arrive soon.

"As we start rolling out, its not the kind of thing where we’ll announce a summer series," Reid explains. "The key factor is flexibility – when you book, how you book, and the circumstances on which you book things. For us, that’s always been the name of game."