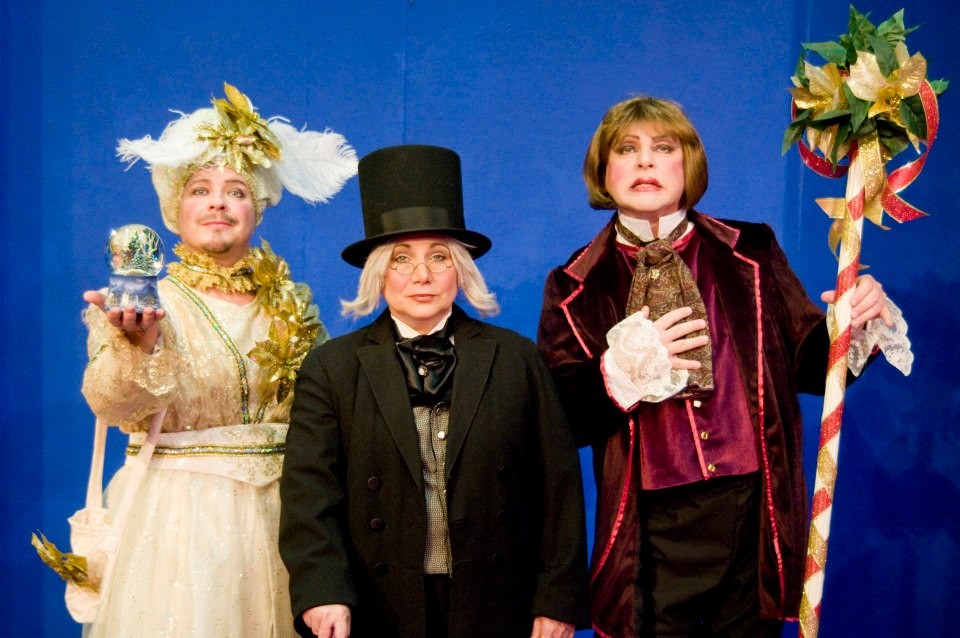 The cliché is that most actors have day jobs as waiters or hostesses. While there are certainly thespians working in restaurants in Richmond, there are also plenty of local stage pros who spend the traditional workweek as lawyers, therapists, small business owners, IT managers and teachers.

With some of these professions, there is more direct synergy with an acting career. For instance, Kirk Morton has had a long and successful theater career here, starring in his first professional show at Swift Creek Mill when he was 15, slating more than two dozen roles since, and currently reprising his star turn in “Scrooge in Rouge” at Richmond Triangle Players, a revival of the hit 2009 production.

Morton has also worked in public mental health for more than 30 years and says that his two professions positively influence each other. “In my day job I’ve seen some pretty intense stuff where sometimes it can be useful to try to make heavy situations lighter,” he says. “I can use the same anxiety that I feel as an actor going out on stage to draw energy from to make things better.”

On the flip side, some of the interesting people he’s become familiar with can inform his acting. “I’ve worked with people at the far, far end of the spectrum,” he says. “It can definitely give me material to draw from when I’m called to be over the top.”

Appearing with Morton in “Rouge” are his original castmates, Steve Boschen and Lauren Leinhaas-Cook. The madcap show has the three actors going through 30-something costume changes as part of recreating “A Christmas Carol” when the rest of their vaudeville production cast falls ill from food poisoning. Morton says coming back to the show has been a real treat. “You know when you go to see that one favorite aunt you only see once a year and she feeds you that one great dish only she cooks?” he asks. “It’s kind of like that because we’re all saying, ‘We forgot how good this is!’“

The cast reviewed videotape of the 2009 production, which was instructive. “We were reminded that certain bits were pretty darn funny,” he recalls. “But there were also several times where I could see that I missed an opportunity. So we’re keeping what we think worked but also bringing new things to it.”

Morton reminds me that the original show was staged during the time Triangle Players was in-between its old home at Fielden’s Nightclub and its current Altamont Avenue home. “We did that show in bingo halls and bars all over town,” he laughs. “So it’s been great to revisit it just from a style perspective. With a permanent space, we can really get the look and feel we envisioned the first time.”

“It’s really an infectious little show,” Morton continues. “We’ve all been through some difficult stuff lately and this could be just the right soothing tonic for the holidays.”

“Scrooge in Rouge” will run through Dec. 17. Running: At the Firehouse, Quill’s “Assassins” keeps a-singing and a-shooting until Nov. 26 while “A Tuna Christmas” will be celebrating at Swift Creek Mill until Jan. 7.