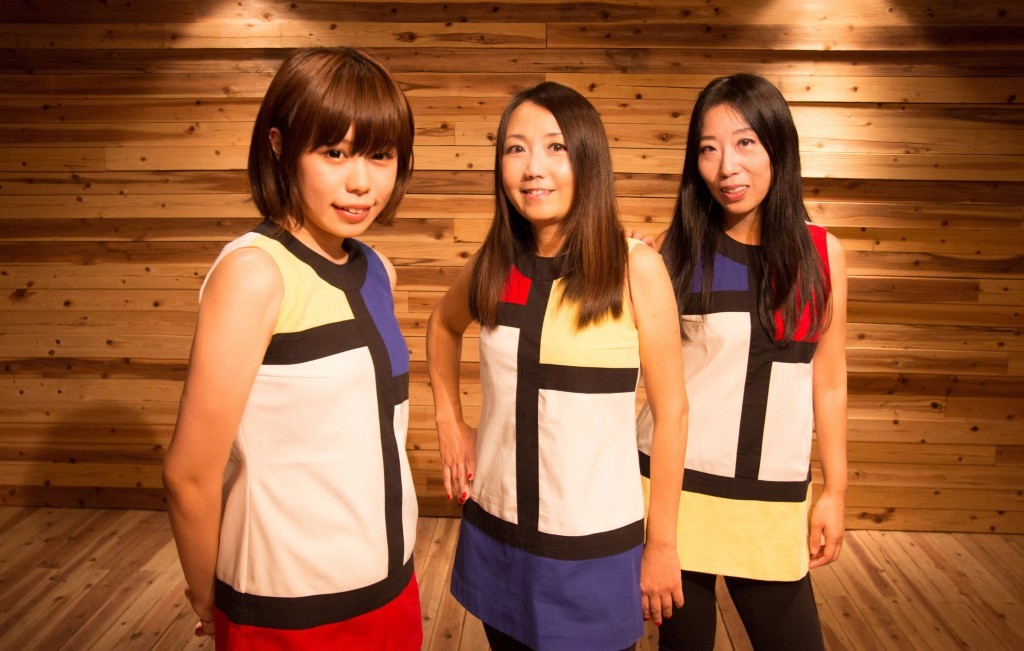 Since the early ‘80s, the all-female band has been credited with kicking open the door for many other underground Japanese acts to tour on the international scene. And its colorful, self-designed clothing style also has had an influence, especially after the band toured with Nirvana at the height of their fame.

Today, Shonen Knife features original members Naoko on vocals and guitar and her sister Atsuko (who just returned to the trio) on bass and vocals, as well as newest member, Risa, on drums and vocals. Their most recent album, “Adventure” was released in late 2015 and features ten typically carefree and simplistic party songs such as “Wasabi,” an ode to the green playdough-essque condiment bomb.

We caught up with Naoko by phone (and later e-mail) as the band was traveling the Pacific Northwest in a van with spotty cellphone reception.

Style Weekly: Was there a different approach for this new album in any ways?

Naoko: I produced by myself. I like '70s British hard rock and '70s American rock. I'm inspired by such music and a little bit of '60s music, too. For example, the Beatles, Judas Priest, Pilot, KISS, Black Sabbath, Rainbow and etc.

I read somewhere that, I think it was Metallica or some band – had an initiation rite where they made their new bass player snort tons of Wasabi. You have a song about that delightful substance on the new album. So do Americans use too much or too little?

I like Wasabi on the side in America so I can control.

Do you have any other food in your contract rider here?

Uhhh [sisters speak Japanese between each other] I ask for banana for me. Yes. Excellence. It helps my energy very quickly.

What’s the rarest Shonen Knife release out there?

It's a cassette album called 'Minna Tanoshiku Shonen Knife' which was released in 1982. I remember that it was recorded at home and limited edition. We made only 40 pieces.

Do you remember the first songs that made you passionate about music?

'Love Bites' by Buzzcocks and 'Ramones' by Ramones

Do you think its better to write songs fast?

I'm lazy and I can't write songs at my spare time. I usually start writing songs when we decide the release of a new album and reserve recording studio. I wrote 10 songs in a month and I spent a month to complete them.

What do you most remember from touring with Nirvana at the height of their success?

I was scared before the tour started because they look wild by pictures. But after I met them I found that they were very gentlemen. One day Kurt said to me that he wants to cover our song 'Twist Barbie' at a secret gig and asked the guitar chords. I taught it and he learned very quickly.

What do you think of Japanese pop culture?

Japan is an islands country and far from other countries. That's why Japanese pop culture became very special. I travel overseas a lot and I always think Japanese pop culture is very unique. I've even write a song called 'Anime Phenomenon' which is about the popularity of Japanese Anime and Manga.

Many people filming many concerts but many of them never watch again. I think [to] do filming make people satisfied their desire. For me I can't enjoy concerts if I filmed.

Is there a song you’ve always wanted to cover in Shonen Knife?

To see our fans. People in America are very friendly. I try not to overeat and not to drink much alcohol. In 90's I often buy snowballs of local edition [assume this means snowglobes]. Now I buy Rock’n’roll T-shirts every time I came to the U. S.

How do you keep things fresh going on four decades?

Even if many years have passed, all things regarding Shonen Knife are always fresh and exciting for me.

So any goals left to accomplish?

Touring in a camping car.