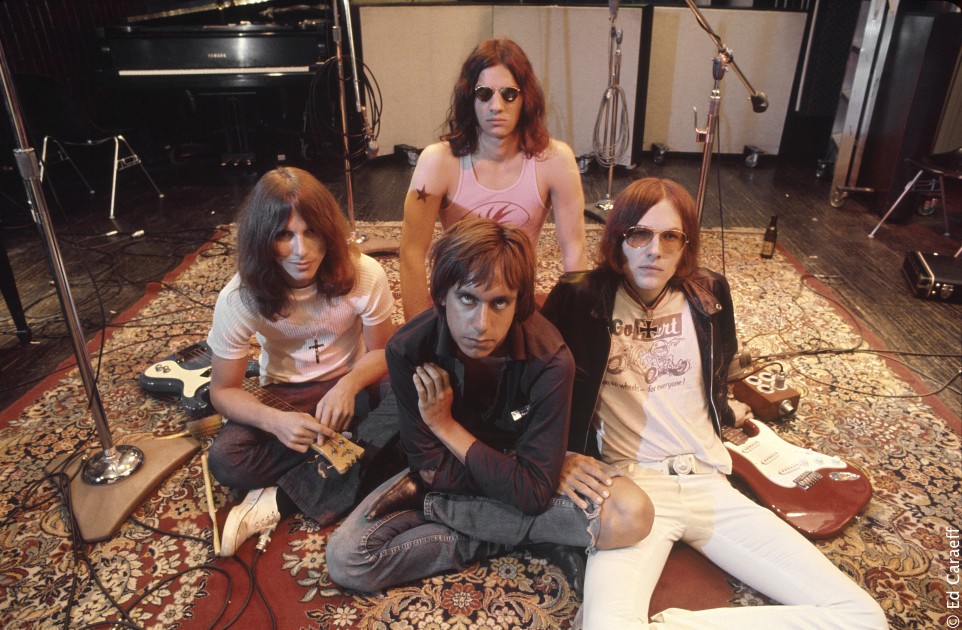 The latest documentary by filmmaker Jim Jarmusch, "Gimme Danger: The Story of Iggy Pop and the Stooges" will be screening on Sunday, Nov. 13 at the Byrd at 7 p.m. Tickets are $8 in advance and $10 at the door. They can be purchased at Plan 9 or at jamesriverfilm.org.

The film, which is being underwritten by Chop Suey Books and Plan 9 Records, follows the roller-coaster story of Detroit's highly influential, punk rock progenitors. Here's a trailer:

I've heard nothing but good things about this doc -- the latest being a thumbs up on Facebook from scribe Mike McGonigal, music editor for the Detroit Metro Times, where the film was screened with Jarmusch and Pop as guests.

Richmond has its own unique history with Mr. Pop -- including the infamous Mosque riot on Halloween in 1981 as well as a local girl (whose name I won't include here) who used to date the punk legend and has lots of interesting stories about his habits and proclivities. In fact, Jarmusch should've come to Richmond for interviews while making this doc -- just for those two reasons.

My own experience with Pop is as follows: First, he jumped on my head during an outdoor Stooges comeback show in Long Beach, Ca. at the Matt-Groening-curated All Tomorrow's Parties.

Later, I saw him in NYC at Randall's Island during Little Steven's Underground Garage Rock Fest (which also featured Nancy Sinatra, Bo Diddley, the New York Dolls, etc.). I had to leave that set a little early because I was driving back to Richmond into a hurricane.

Then there was the last time -- and probably the best -- when I went to a late-night Stooges show at the 9:30 Club in DC. Great show, but my car threw a rod at 3 a.m. just outside of DC and I had to get towed back to Richmond, which meant I got home just as morning joggers and power walkers were headed out.

It always seems to get interesting when Mr. Pop is around.