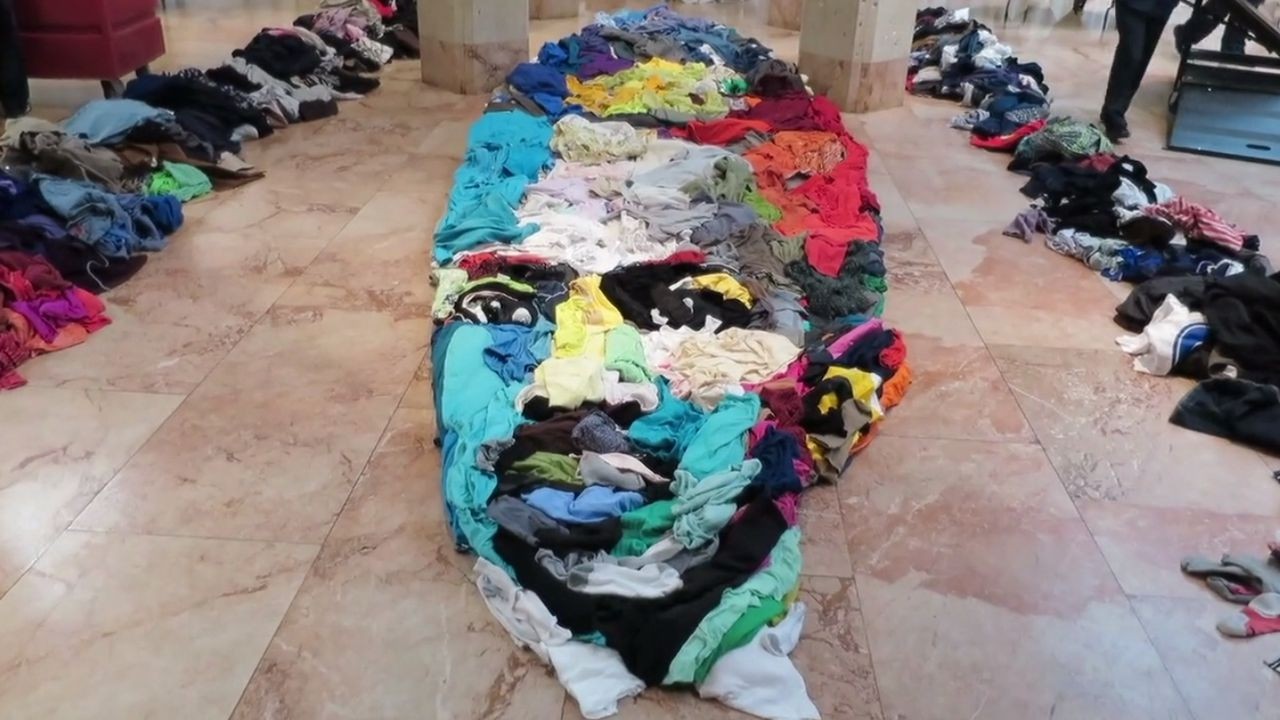 Richmond artist Noah Scalin, who recently became the first artist-in-residence at the VCU School of Business, has announced his first pop-up project: It will be a portrait of the late Richmond icon Maggie Walker made out of arranged clothes.

The project will be called "Portrait of Innovation: Maggie Walker," and business students will arrange clothing donated by students, faculty and staff to create a 30-foot by 10-foot portrait of Walker based on a photograph provided by The Valentine museum, according to a press release.

A reception will be held upon its completion Monday, Oct. 17, at 1 p.m. The work stays on display at Snead Hall through Wednesday, Oct. 19. Once dismantled, the clothes will be donated to Goodwill of Central and Coastal Virginia, the release reads.

Jackson Ward's Walker became the first black female bank president in the United States in the early 1900s. Scalin has received national media attention for this same kind of project before (see video below).

More from the release:

“As a successful businesswoman of color, Maggie Walker represents the diverse students who are currently enrolled at the School of Business,” Scalin said. “As the first woman to charter a bank in America, she was a true pioneer in her time and the embodiment of the values the school wants to instill in its students. She was also a resident of the neighborhood that abuts VCU, so recognizing her importance helps the school show that it is thoughtfully connected to its community.”

The installation is just one component of Scalin’s residency at the school during the 2016–17 academic year. Charged with helping the school institute its new strategic plan, which aims to drive the future of business through the power of creativity, Scalin will conduct several creative-thinking seminars and guest lectures. The university community is already taking part in a 30-day Creative Sprint challenge that Scalin issued Oct. 1.

“It’s wonderful that the School of Business recognizes the transformative power of art,” Scalin said. “The opportunity for connection, collaboration and dialogue allows the students to have a more in-depth learning experience, which will not only enhance their classroom experiences, but their lives beyond the school’s walls as well.”

Scalin founded and co-runs the art and innovation consulting firm Another Limited Rebellion, which works with clients such as GE, Altria, Capital One, Gap, Intuit and Mozilla. He is creator of the Webby Award-winning Skull-A-Day project and the author of five books on art, design and creativity. His art has been exhibited in museums and galleries internationally, including the Mütter Museum in Philadelphia, the International Museum of Surgical Science in Chicago and Krause Gallery in New York. He has been featured in dozens of publications, including Fast Company, Business Destinations, Wired, USA Today, The Telegraph and The New York Times.