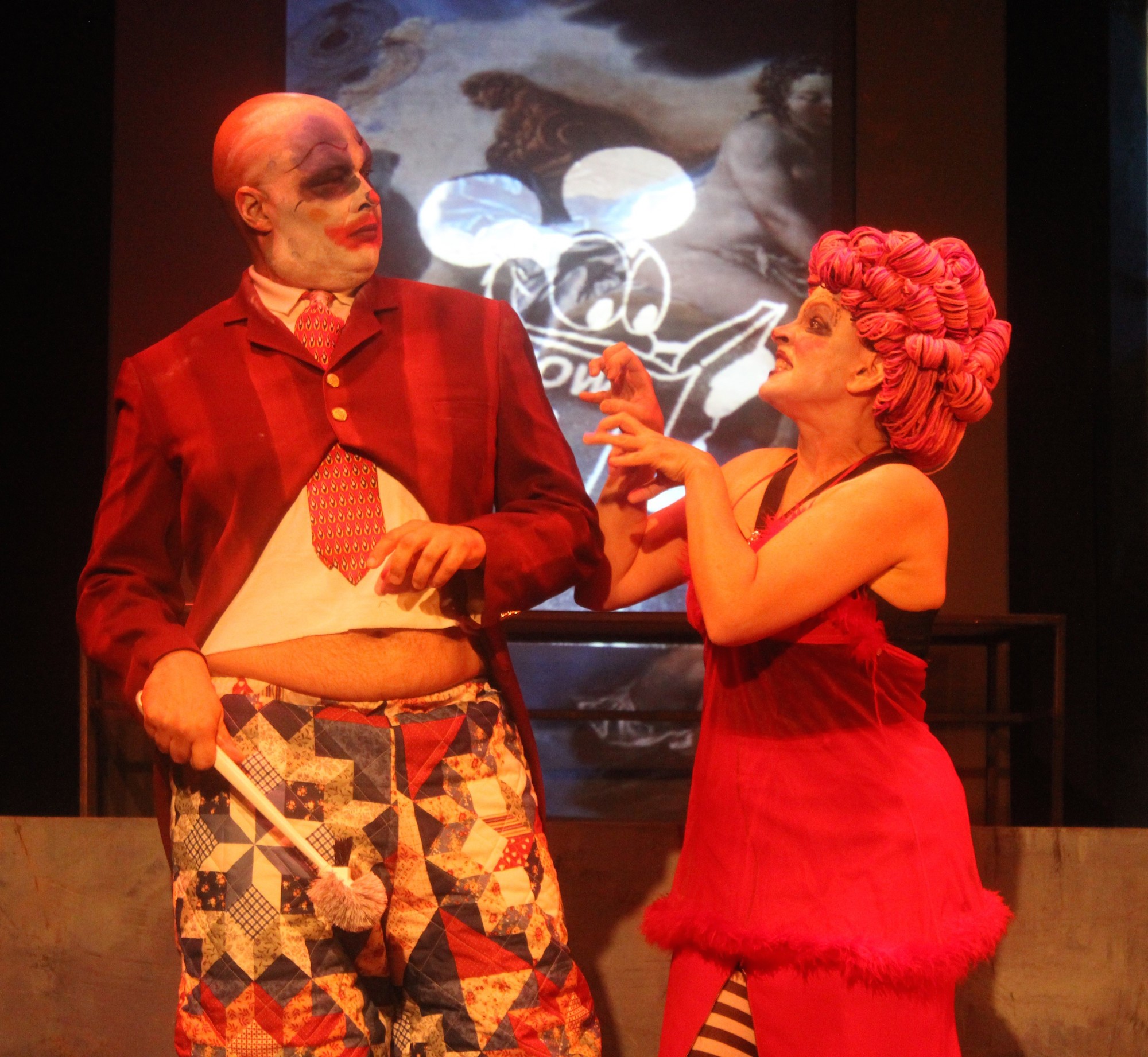 As a critic, I’m always on the lookout for succinct, attention-getting descriptions, making me a fan of Chris Hardwick’s ongoing cavalcade of hilarious Donald Trump put-downs, for instance.

So I was delighted to come across a wonderfully terse little epithet when researching the French play "Ubu Roi." As reported by the Paris Review, British poet Arthur Symons called Ubu Roi an “inglorious slop-pail” of a play, which may help to explain why the show famously closed on the night of its premiere.

Local playwright and director James Ricks mashed this scandalous 19th century romp together with the text of George Orwell's 1984 to create "Ubu 84", a world premiere which opened at the Firehouse Theatre this weekend.

Unfamiliar with Ubu, I turned to Claire Boswell for insight. An adjunct professor at VCU and Randolph-Macon, Boswell is a fan of the play and, with a Master in Fine Arts in Fiction Writing from VCU, she has the academic cred to explain why. “The play began as a schoolboy’s joke, Les Polonais, written by friends of playwright Alfred Jarry and packed full of senseless violence, cursing and potty-humor,” she explains. “Jarry reworked it into a piece of social satire.”

“It parodies Shakespearean tragedies; the title is a reference to Oedipus Rex -- Oedipe Roi, en francais,” she continues. “Jarry was ahead of his time in 1896. With [Ubu’s] blatant attempts to confuse, shock and offend, he anticipates later movements like theater of the absurd.”

It was these characteristics that made Ricks think it would be perfect to pair with Orwell’s dystopian vision to provide commentary on the contemporary political world. “'Ubu 84' starts out based in the world of '1984,' very oppressive with an authoritative regime in control,” says Ricks. “The way we bring in 'Ubu' with its all of its buffoonery, it embodies the opposite of Orwell’s world.”

“But they’re actually two sides of the same coin,” he says. “They’re both representations of how power corrupts.”

Ricks says the genesis of "Ubu 84" was in conversation with Firehouse artistic director Joel Bassin. They both wanted to produce a political play but were frustrated with the options. “The titles we were suggesting, Joel said they were based in old conversations,” says Ricks. “We wanted to start a new conversation.”

Ricks hopes people particularly consider one of "1984"’s central questions: what is truth? “Orwell was prophetic about the destruction of language,” he says. “And how truth is regularly being distorted to suit a political agenda.”

As for how "Ubu Roi" bolsters "1984"’s themes, Boswell says it’s a perfect fit. “When I first read it in college, comparisons were made to 'South Park,'” she says. “Something seemingly childish and offensive that carries deeper messages about very adult topics.”

"Ubu 84" runs through Oct. 22. Look for more from Boswell as she joins Style Weekly this week as a regular theater reviewer.

On Deck: It’s still a month until Halloween but get ready for the lavender scare, the witch hunt for homosexuals in the federal government during the 1950s, providing the context for Richmond Triangle Players’ “Perfect Arrangement,” opening Sept. 29.