Writer on Gender, Race and Vocal Feminist Comes to UR. 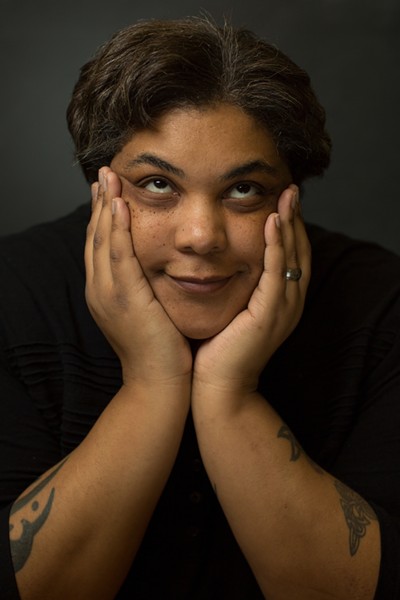 On Sept. 21 feminist writer Roxane Gay comes to the same room at the University of Richmond that was filled with frustrated members of the campus community just a few weeks prior.

Gay, an associate professor of English at Purdue University, has been an outspoken advocate on women’s issues, racism and gender. And her talk is called “Body Politics,” a good description of the recent controversy that has led to calls for some deans’ resignations.

The annual “It Ends Now” event on Sept. 8 included two hours of questions about a students’ allegation that the college botched the investigation of her rape, and that her admitted rapist, an athlete, remains on campus.

Gay is the first in a speaker series this academic year put on by the women, gender and sexuality studies department. She is a versatile writer of novels, short stories, essays, memoir, as well as a prominent presence on social media. She’s a contributing opinion writer for The New York Times.

Her essay collection, “Bad Feminist,” was a bestseller, touching on sexism, racism and gender issues. She uses popular culture and her own personal experiences to discuss rape culture, among other topics.

“The students are super enthusiastic about her,” says Brian Henry, professor of English and creative writing, who organized the speaker series this year. “‘Bad Feminist’ is one of those books students are reading without professors telling them to.”

Henry says he expects discussion about the recent controversy. “We notified her of all the horrible things that happened at the university last week because she will certainly get some questions about that,” he says. “The faculty is not happy with whole situation at all, at least those I’ve talked to.”

The event was initially timed around the release of Gay’s forthcoming memoir, “Hunger,” but that release was delayed. “I’m guessing it’s going to be a mix of giving a talk and reading, a combination of self-image, body image and probably sexual assault and the university’s responsibility,” says Henry. “Her booking agent says she never does anything twice, which is amazing, so it’s kind of hard to predict.”

Gay has a number of projects coming out in the next year. Her novel, “Untamed State,” is being turned into a movie, a “Black Panther” comic book will be out soon, and two books are forthcoming.

Roxane Gay will be at the Alice Haynes Room of Tyler Haynes Commons at the University of Richmond on Wednesday, September 21 at 7 p.m.