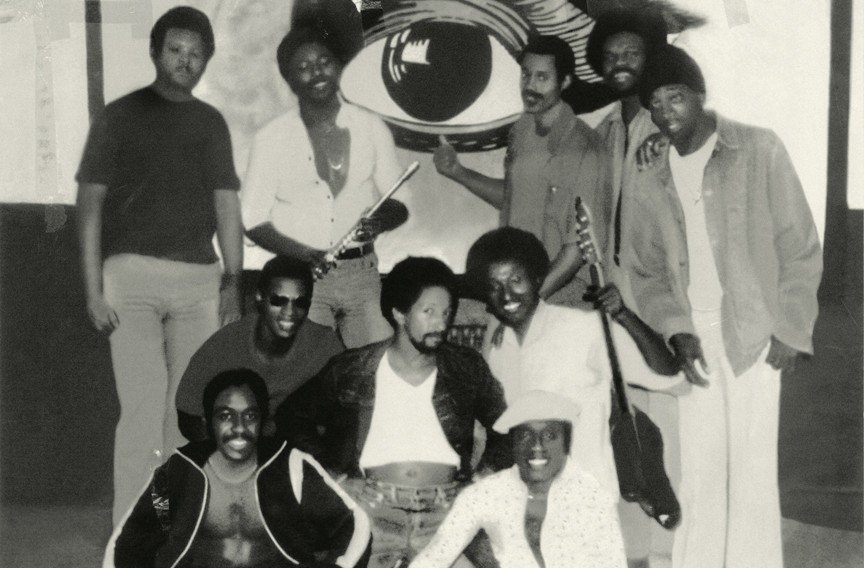 Local music fans may remember the story from a year ago about a rare 1979 soul album recorded in a Powhatan jail by a group called Edge of Daybreak.

Reissued by respected Chicago archival label, Numero Group, “Eyes of Love” was praised by critics as a lost soul classic and its inspirational story received widespread local and national coverage.

Now the richly detailed story of redemption has become a documentary short film, tentatively titled "Edge of Daybreak," with further room to expand.

The short was directed by New York-based filmmaker, producer and writer, Alix Lambert, best known for her feature doc, “The Mark of Cain” about the Russian prison system, which was nominated for an Independent Spirit Award. She also co-directed “Bayou Blue” about a serial killer in Southeast Louisiana and made a feature “Mentor” set in a Ohio school with a high number of teen suicides.

Currently, Lambert is in negotiations and couldn't say where we’ll be able to watch the film, but she’ll let us know. Style caught up with her briefly today by phone to learn more:

[*Below, hit play and imagine producing something this smooth -- all on first takes -- with guards standing over you. The album is full of such minor miracles]

Style Weekly: How did you first hear about this story?

I heard about it through a friend who works in the music industry. I was talking to a lot of people about cassette tapes in prison - and why they continue to be in prison - for a podcast I was producing. I usually have more stories and material than I need for a podcast. And I felt like this story was better served as a film.

So what can you tell us about your version?

It’s an approximately 13-minute film that focuses on Jon Kirby of Numero Group and [band founder] James Carrington. You do hear voices of the other band members, some from the release party [at Steady Sounds].

If you know the story, you know the interesting full-circle thing. Jon was a customer of James [at his music store], who had never said anything about the album for years. When Jon found out, James didn’t really want to re-release it because it was a throwback to a part of his life that he didn’t want to remember [Carrington felt he was targeted by law officials in Farmville because he was dating a white woman in the early 1970s].

James had been getting albums sent to him in prison from Milton Hogue [owner of Bohannon’s Records and Tapes]. When he got out of prison he got a work release job there and ultimately bought that location and changed it to Carrington’s. And Jon has since had requests from inmates for this album as well. So there’s something about the full circle of this story – apart from the fact the album is incredibly beautiful and it’s just amazing it could be made under those circumstances.

Is this a pitch for a longer documentary about the subject?

I think the short film is a piece in and of itself. I’m always open to expanding shorter stories – there are certainly more characters. But I wanted to make it short because I wanted to get it out now, since the album is fairly recent. I’m never against expanding.

Definitely what you see in “Mark of Cain” is that I’m interested in being able to find something that tells a bigger story. This album offers a way into a larger story of the importance of say, creativity in a situation where you’re incarcerated -- or to be able to have some expression in that circumstance.

So are those kinds of music programs in prison rare today?

I’m not an expert on the US prison system. He [James] did get his instruments in there and organize rehearsals. But the production was quite challenging. They weren’t given day releases, the guards were standing there and they had five hours to record the entire album [it was all first takes]. On one hand, they were allowed to play music and that was important, but I don’t know if it was a rehabilitative program per se.

It certainly seems like a story that could be an interesting full-length film following each of the band members lives, “Rashoman”-style, and how they changed since then.

Oh definitely it could be– the issue for me is always financing. And I have other full-length projects in production. I’m open to that idea. One band member has passed away but the other members are all alive and would participate. But at the moment I’m offering this as a complete short – any future conversation past that would have to involve somebody stepping up and supporting a longer version . . .

There are a lot of different organizations offering short docs online that range from news reportage to more auteur-driven pieces. I did a series called “Crime: The Animated series”– that went up on MOCAtv – that’s a good example of being able to reach a broader audience with shorter subject matter. Not everybody will go to a documentary in the theater or buy one online. I really like these new formats that reach a lot of people, who can see it in a different way.

I guess maybe Numero could also release it with a deluxe future version of the CD?

Exactly. It's exiting to me that there are all these opportunities for short-form film that there haven’t been in the past.