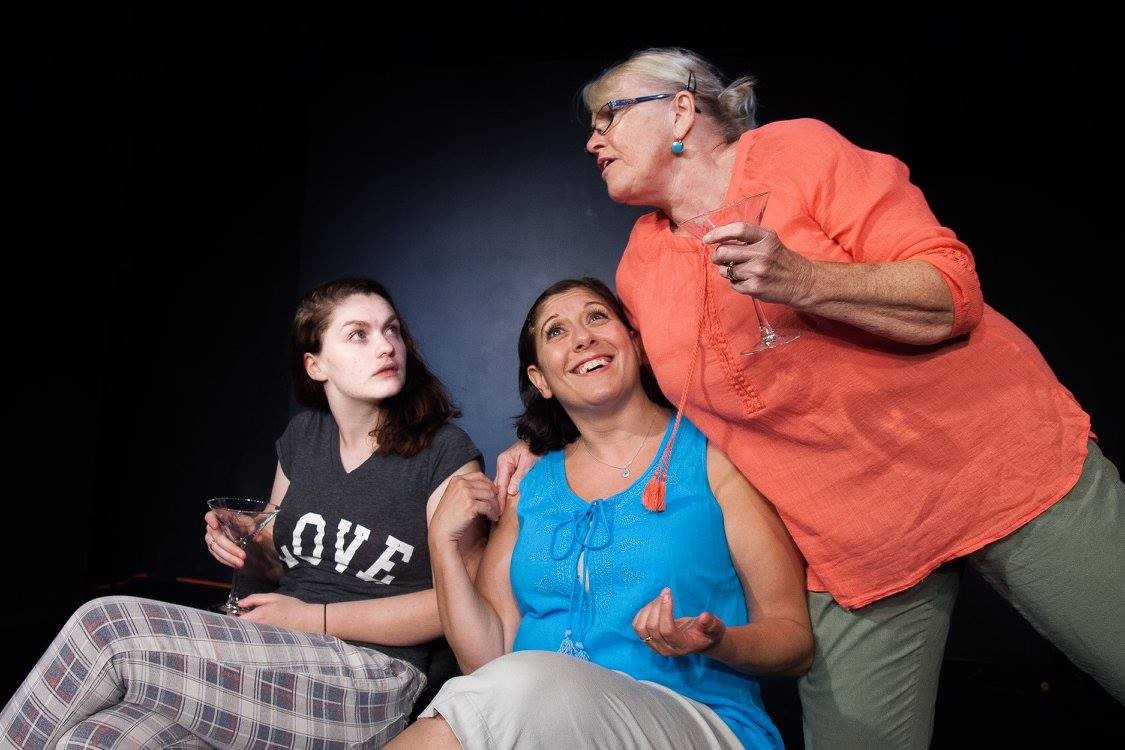 Much like teachers, many theater pros spend the last weeks of summer preparing for the rush of activity that kicks off after Labor Day. Six productions will open in town before September ends, three of them next weekend, and Footlights is back to offer stories from backstage, topical tidbits, and insider insight into what's new and notable on local stages.

Blasting out of the gate is 5th Wall Theatre Company, returning to the HATTheatre stage in the west end where it produced the searing modern war story "The Human Terrain" back in spring of 2015. The battles in its latest production, “Rapture, Blister, Burn,” will also be explosive as two women rekindle a romantic rivalry in the midst of broader arguments about their life choices. The New York Times called a 2012 off-Broadway production of the play “intensely smart” and “immensely funny” and director Carol Piersol has assembled a great cast, including Sarah Heifetz who won a Richmond Theatre Critics Circle award for “Terrain.”

Nicely situated as the only man in a cast full of strong women is Dean Knight, an actor who will prompt regular theater-goers to wonder, “Hey, wasn't he that guy in that show…?” And whatever they come up with, they’re likely to be right as Knight has worked almost constantly since he debuted in Sycamore Rouge’s "Lee’s Miserables" back in 2006. The impressive array of characters he’s played includes the lovesick Trigorin in Henley Street Theatre's "The Seagull," the spooky Boo Radley in Virginia Rep's "To Kill A Mockingbird," and the hard-assed but thoughtful Captain Alford in "Human Terrain."

Ironically, Knight never planned to be an actor. Born and raised in Richmond, he was in a middle school drama club but ultimately eschewed acting for writing and earned a degree in English at New York University. After brief sojourns to England and Korea, he returned home in his late 20s realizing he wasn’t going to be William Faulkner. With a propensity for voices and accents, he started going to plays with an analyst’s eye. “I was trying to determine if acting was something I could actually do,” Knight remembers. He started auditioning and was cast in the 2nd show he tried out for.

Knight proudly recalls landing roles in the first five shows produced by Henley Street, one of the precursor companies to today’s Quill. “I still consider myself a literary person and enjoy rich theatrical language,” he says. “I loved that Henley Street was doing shows like ‘The Spanish Tragedy,’ a show well-known in literary circles but not so much in the theater world.”

In “Rapture,” Knight says he’s playing a character very much like himself: “I’m 42 now and have more perspective on the roads not taken.” He demurs on suggestions that being the object of two women’s affections isn’t such a bad thing. “It doesn’t go so well,” he says. “It’s a reminder that there may only be so far you can stray from a path.”

On Deck: “Rapture, Blister, Burn” opens Thursday, Sept. 15 and runs through Oct. 8. It shares its opening night with Quill’s “Dracula,” reanimating at the Dominion Arts Center (also known as CenterStage) until Oct. 8, and with Swift Creek Mill’s “Almost, Maine,” which will run until Oct. 22.