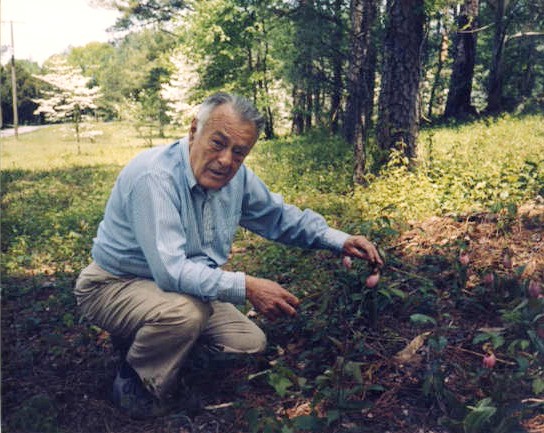 Nature lovers are in for a treat: VCU Libraries, in conjunction with the Lewis Ginter Botanical Garden and the VCU Rice Rivers Centers, has posted a digital archive of noted environmentalist Newton Ancarrow's wildflower photographs.

From 1968 to 1971, Ancarrow documented over 400 species of wildflowers along the banks of the James River. You can check out the gorgeous collection here. In 1999, Style named Ancarrow one of the most influential Richmonders of the century.

From a VCU News report by Brian McNeill:

Ancarrow, who is perhaps best remembered today for his namesake, the James River Park System’s easternmost waterfront park area and boat launch, Ancarrow’s Landing, used his wildflower photos in a slideshow presentation he gave to Richmond garden clubs, women’s groups and civic organizations as part of his efforts to drum up community support for a cleaner James River . . .

“These slides are special because they’re a snapshot in time at the very early beginnings of the James River Park System — before, during and maybe even a little bit after it was created,” said Anne Wright, director of outreach education for the VCU Rice Rivers Center and an assistant professor in the Department of Biology in the College of Humanities and Sciences. “So, as a time capsule, they’re very interesting.”