Starts this Friday with the amazing cellist and vocalist, Audrey Chen. 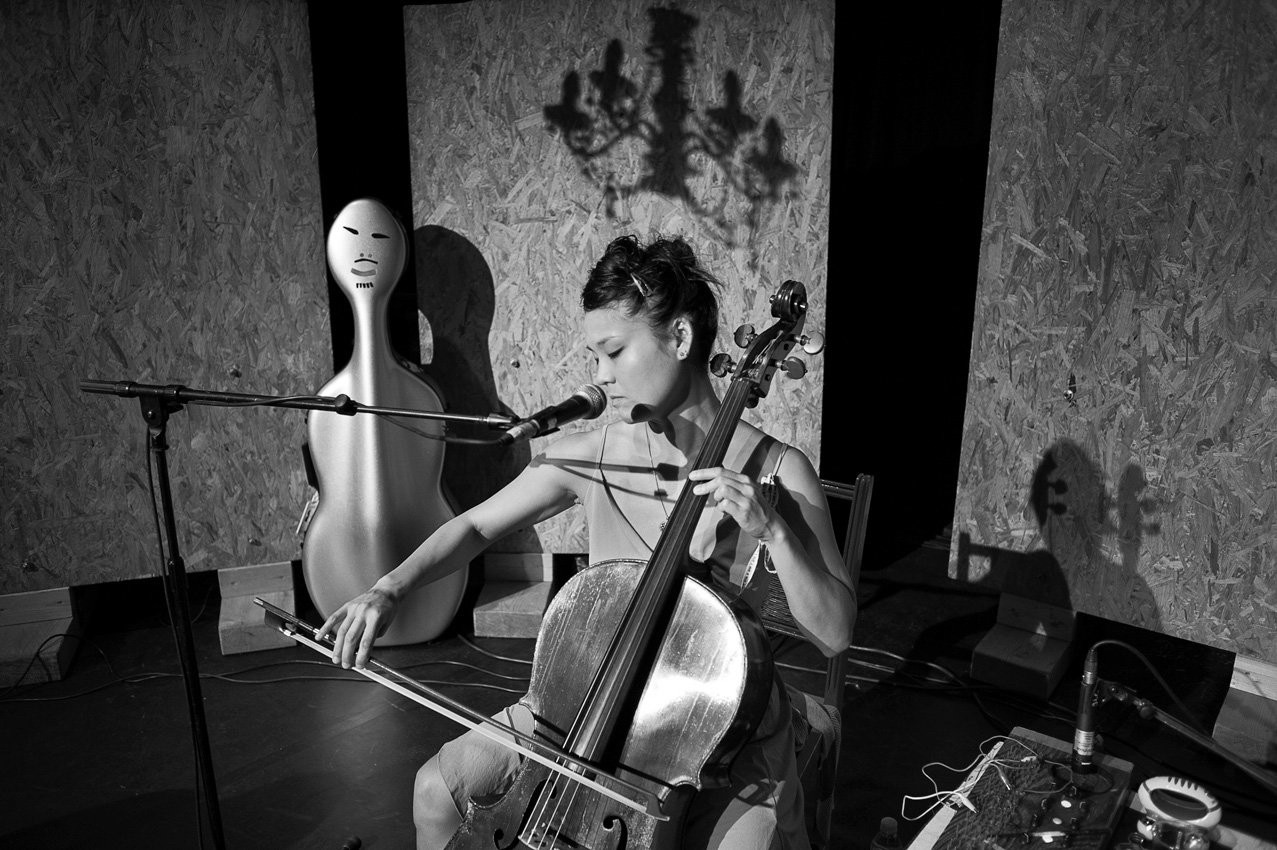 If you've never seen a show at the cozy Tiny Bar adjoining their gallery, you owe it to yourself. We know, outdoor summer shows are great (especially on rooftops at sunset) but it's all about creating a unique experience: at Tiny Bar you feel like you're in a warmly lit, wood-paneled practice space with the artist.

Plus there's something else unusual: people who want to listen.

We'd like to check out Audrey Chen this Friday, a Chinese-American cellist and vocalist who courageously explores the voice-as-instrument like few other performers out there. What an honor to have her in RVA from Berlin.

Below check out the gallery calendar (their words), along with a little video action (our selections). And if so inclined, support a boundary-pushing local gallery that keeps it real with everything from American primitive to the avant-garde.

Join us at Black Iris for Tiny Bar Session 020 with The Marian McLaughlin Trio and Wester Green. The Marian McLaughlin Trio is the newest form McLaughlin's music has taken for live performance, as McLaughlin (vocals, nylon-string guitar) and Foote (double bass, 12-string guitar) are joined by the immensely talented cellist-vocalist Katie Weissman. Achieving a remarkable range of sound for its small size, the trio distills the lush instrumentation of McLaughlin's recording output (strings, winds, percussion, electric guitars) into concentrated form, offering a musical experience at once intimate and expansive. The group has toured the eastern United States extensively, drawing widespread praise for its exceptional musicianship and adventurous interpretations of McLaughlin's songs.

Virginia native Bachman, [who Wikipedia says is 22] has been widely recorded and received comparisons to guitar greats such as John Fahey and generally is described as a virtuoso. Bachman's performances are instrumental events that weave together a narrative from the melodies and rhythms of the picking and strumming style often referred to as American Primitivism.

Jake Fussell (Durham, N.C.) Fussell's music blends together the best parts of country, blues, folk and old timey without ever giving into the cliches of any of these genres. His 2015 debut album, "Jake Xerxes Fussell" has received critical acclaim and we're excited to hear these songs stripped down to their bones in the intimate setting of the Tiny Bar.

Nathan Bowles is a multi-instrumentalist musician and teacher living in the mountains of southwestern Virginia. His work, both as an accomplished solo artist and as a sought-after ensemble player, explores the rugged country between the poles of Appalachian old-time traditions and ecstatic, minimalist drone. Although his recent solo recordings prominently feature his virtuosic banjo, Bowles is also widely recognized as a masterful and versatile drummer, and he considers himself first and foremost a percussionist, with banjo as a natural extension of his percussive practice.