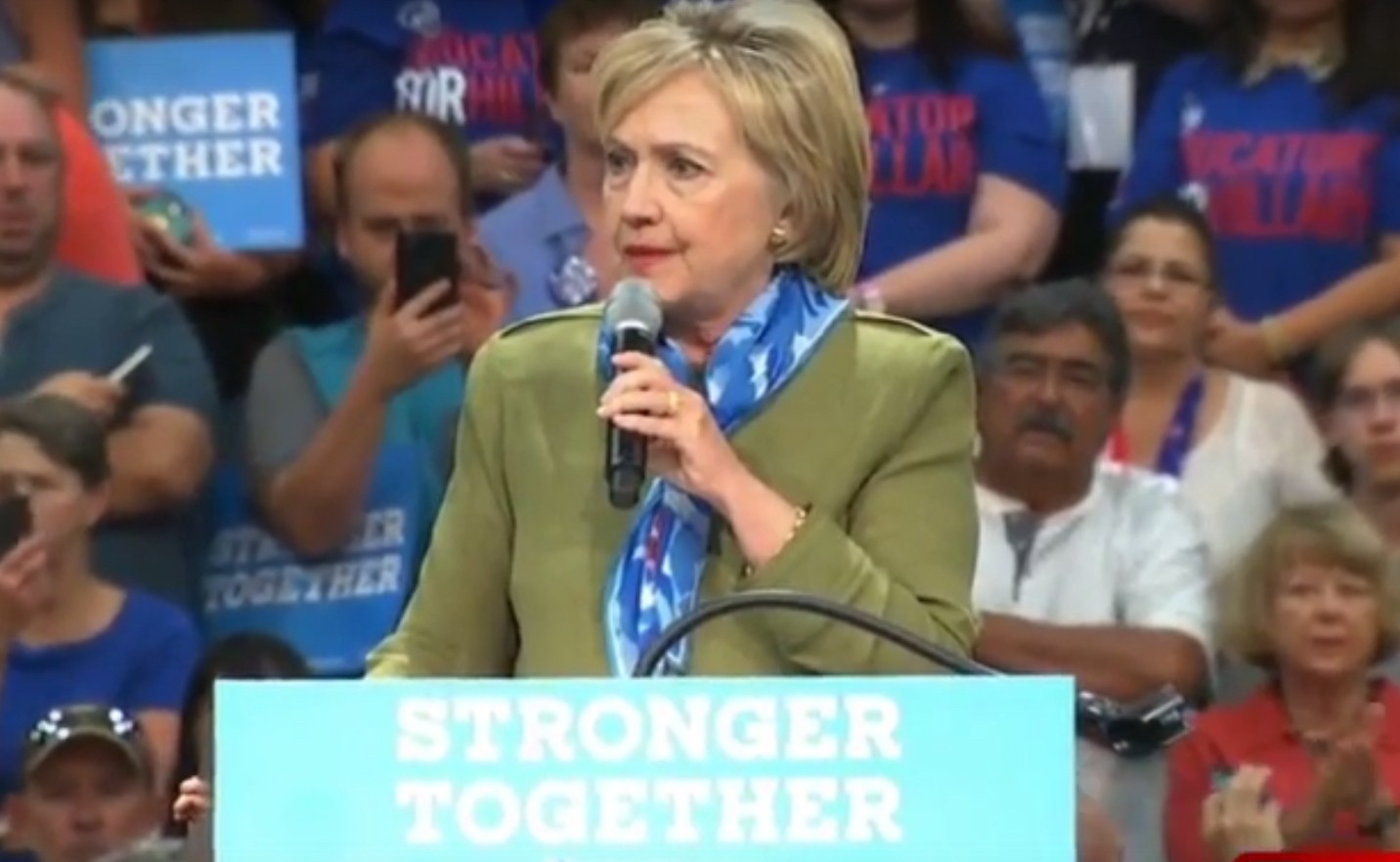 A former VCU fashion grad, Anna Johnson, got a thrill in Denver recently.

After Democratic presidential candidate Hillary Clinton decided to stop at Knotty Tie Company in the Santa Fe Art District of Denver, the company decided to create her a custom chiffon scarf.

Johnson, who works for the company, got busy.

"I designed one using the 'H' campaign logo made up of layered florals to show her feminine side as the first female presidential candidate and the other was a Colorado flag made up of her slogans 'I'm with her' and 'Stronger Together', all in her campaign colors" says Johnson, a 2012 VCU Fashion Design graduate, via a press release.

"When the democratic presidential nominee arrived at Knotty she took a tour of the facility and made a point to say hello and shake the hand of each and every employee. She spoke briefly, shining a light on American manufacturing and the importance of social enterprise. Upon her departure she purchased a tie for her husband Bill, and the Knotty Tie crew presented her with the scarves they had designed, about five different styles.

Hillary and her campaign quickly left for her rally in Commerce City, CO. As the energy and excitement continued inside of Knotty Tie, the design team tuned in to the live feed of her rally and what did they see? Hillary Rodham Clinton had draped around her neck the floral 'H' logo scarf Anna designed and not only that, she spoke about the scarf for a good portion of her speech. Hillary grabbed the scarf as she addressed thousands of her supporters saying, "One thing I really like about it is, printed right here on the scarf it says 'Made in Colorado, Not China'". Anna had added that custom tag message to her scarf design referring back to her DNC speech. This detail is one of the many reasons why Knotty Tie's accessories are commonly given as customized gifts.

Most of Knotty Tie's sales are via online custom sales on their website at www.KnottyTie.com. You can find the Hillary Collection including the scarves designed by Anna at www.knottytie.com/collections/hillary-clinton.