"Turn" gets a fourth season and giant rings to "flow" downtown. 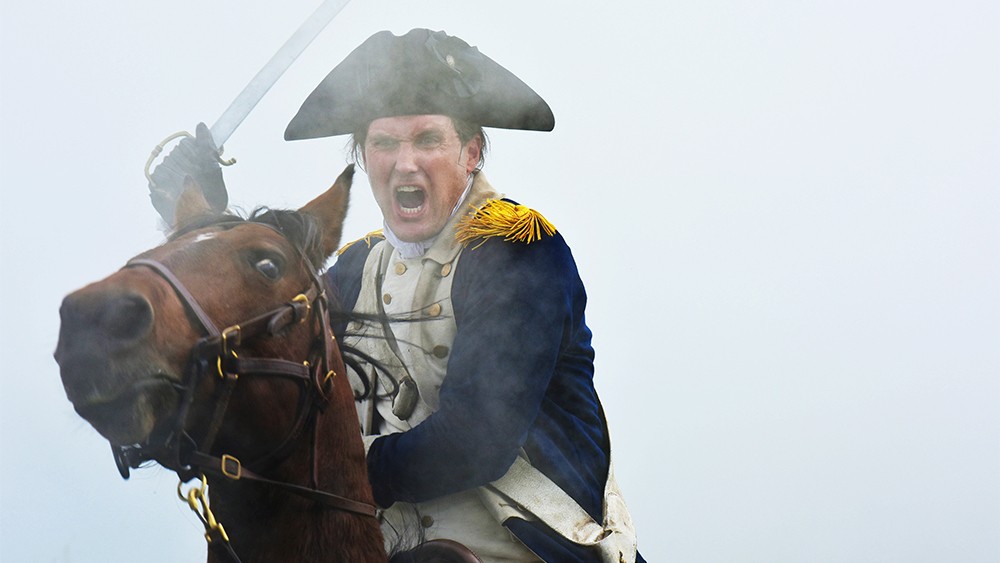 Wig loyalists, rejoice: the Virginia-filmed AMC show, "Turn: Washington's Spies" will be returning for a fourth and final season. The folks at Deadline Hollywood think they know why:

While it has posted year-to-year declines in Seasons 2 and 3, the most recent third season of Turn averaged a respectable 1.2 million viewers per episode and nearly 600K adults 25-54. It is one of the top 10 most affluent scripted dramas for adults 18-49 and adults 25-54 and one of the top five in ad-supported cable. Additionally, Season 3 has been hailed as the series’ strongest creatively, and it ended on a high note, with a four-episode ratings growth streak in total viewers and season high marks for the finale. Also factoring into AMC’s decision to let the creative team craft a final chapter for the show is the fact that Turn is owned by the network, making extending the series a sound economic decision.

Over at the TD, it was revealed that Colorado artist Joshua Wiener, who the city is paying $200,000, has submitted sculpture plans for some huge, 17-foot tall rings that will "cut through the southern terminus of the T. Tyler Potterfield Memorial Bridge, which is under construction and will offer a pedestrian pathway from Brown's Island to Manchester," writes reporter Ned Oliver.

According to the article: "An artwork of new paths, uncharted territory and flow will honor this legacy of pathways," [Wiener] writes. "The artwork laces through the transition zone from civilization to nature, riding the edge of nature, dancing between the built and the wild. I was drawn to create a playful connection between nature and our civilized world."

A friend on Facebook noted that they look like the female birth control NuvaRing -- which raises the question whether they should come with attached latex sheaths that blow in the wind considering the hideously high STD rate in Richmond. As far as publicity goes, City of Condoms isn't bad.

No wait, it is bad. Forget that. Scrub.

On the awards front, VCU announced that Angela Flournoy has won the 2016 VCU Cabell First Novelist Award, which honors an outstanding debut novel published during a calendar year. Her book, “The Turner House,” published by Houghton Mifflin Harcourt, "tells the story of 13 adult siblings forced to reckon with their complex relationships and the deterioration of their east side Detroit neighborhood when their aging mother has to sell the family home."

She'll pick up her award Nov. 17 at VCU where she'll give a reading in the Cabell Library Lecture Hall, room 303 at 7 p.m. For more details, go here.

Also for those already planning their September, the National Endowment for the Humanities is planning a big party in Charlottesville (September 14-17) hosted together with the University of Virginia. The celebration will feature performances, film screenings and talks from authors like Salman Rushdie and Junot Diaz, and panels with Alice Waters, David Simon and James Wood, along with a host of other notable guests. You can learn more on their website.