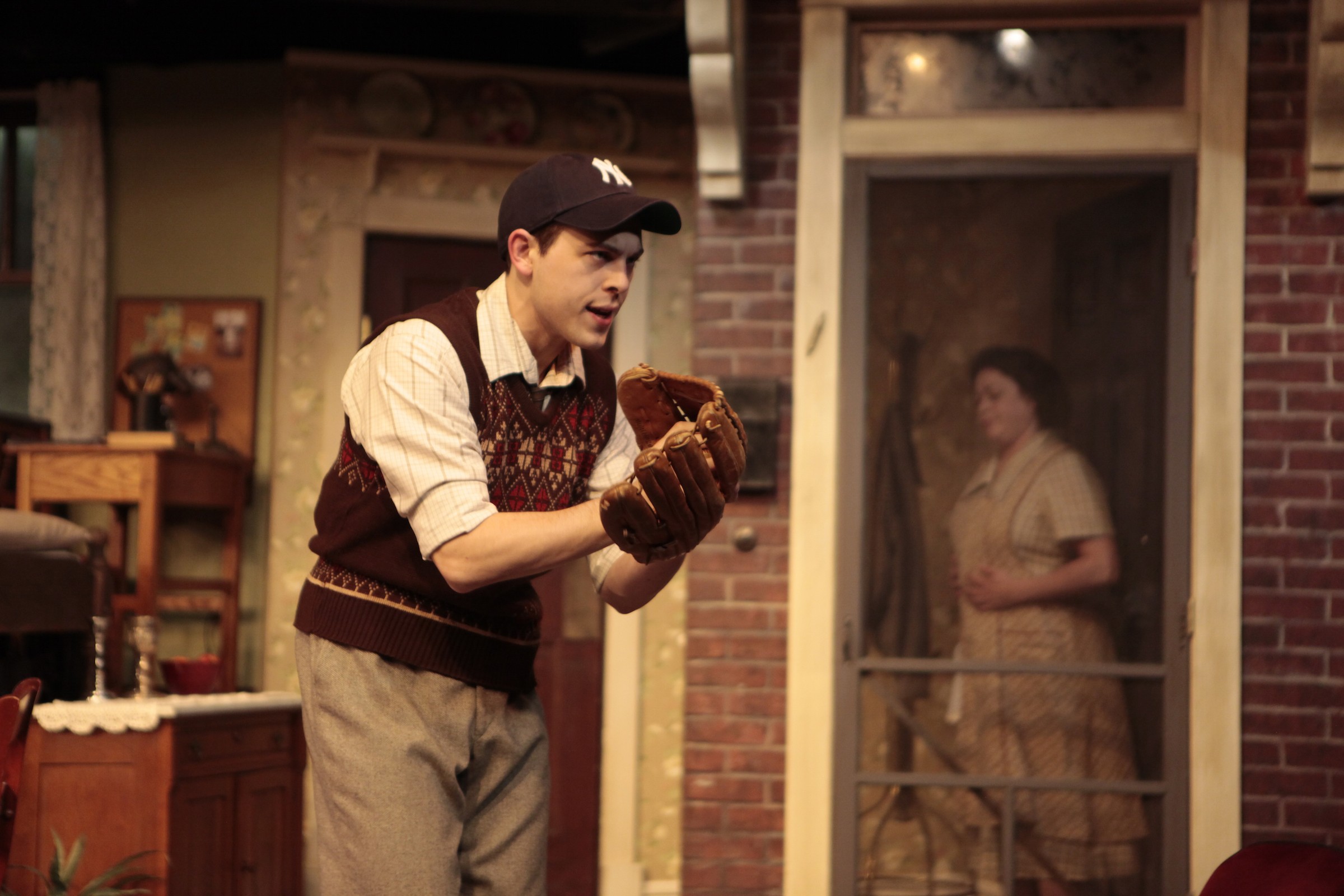 Last week, while attending “Brighton Beach Memoirs” currently running out at Virginia Repertory Theatre’s Hanover Tavern location, my companion and I were speculating about Tyler Stevens’ age. The actor portrays 15-year old Eugene Jerome who narrates the story, acting as a surrogate for playwright Neil Simon and welcoming the audience into the lives of a loving but tense Jewish family living in New York at the tail end of the Great Depression.

It’s common for older actors to play younger characters but Stevens was so good at projecting the demeanor of a still naïve kid on the cusp of smart-aleck adolescence that I figured he couldn’t be older than a senior in high school. Boy was I wrong.

A college graduate, Stevens received a Bachelor of Fine Arts degree from VCU this past spring and laughs when I ask how he was able to portray a teenager so effectively. “It was a lot easier than maybe it should have been,” he says. “I guess it’s because I’m really a kid at heart.”

The actor also credits the production’s director, Steve Perigard, for keeping his performance on track. “Steve was good at pulling me back when I was verging too far into cynicism,” he says. “Some scenes tend to bring out the 22-year old in me and Steve kept telling me to keep it light.”

Stevens burst on to the local scene in a role that was the polar opposite of his current one, playing a soldier on trial for possible war crimes in TheatreLab’s “9 Circles” back in January. In contrast to that character, he says he really related to Eugene. “There’s a scene where he tries to sneak a cookie he’s stolen from the kitchen past his mom,” he says. “That’s exactly something I would do.”

Stevens’ real-life mom was responsible in part for sparking his interest in acting. Attending middle school in Newport News, he wanted to join the orchestra. “My mom didn’t trust me with a rental instrument,” he says. “So a teacher recommended an acting program as an alternative. I went in for my audition and totally bombed it; I forgot all of my lines. But they liked that I had chosen a monologue about bullying and took a chance on me. I fell in love with it.”

While looking forward to different acting challenges in the future, Stevens is enjoying playing a kid for now. “Eugene’s attitude has carried over into my regular life,” he says. “And with everything going on in the world right now, it’s sometimes really nice to see a lighter side of things.”

By the Way: Both Virginia Rep’s “Dreamgirls” and Firehouse’s “American Idiot” replaced key cast members after the shows opened. If you loved either of them the first time, you can go again and enjoy a slightly different show with Courtney Jamison as Deena Jones in the former and Denver Crawford as Johnny in the latter.

Running: Most of the summer’s big hits are still on the boards. RTP’s “The Boy from Oz” closes July 30 and the curtain falls on Quill’s “The Merchant of Venice” on July 31. The close of “American Idiot” was pushed to Aug. 13, while “Dreamgirls” runs through Aug. 7.