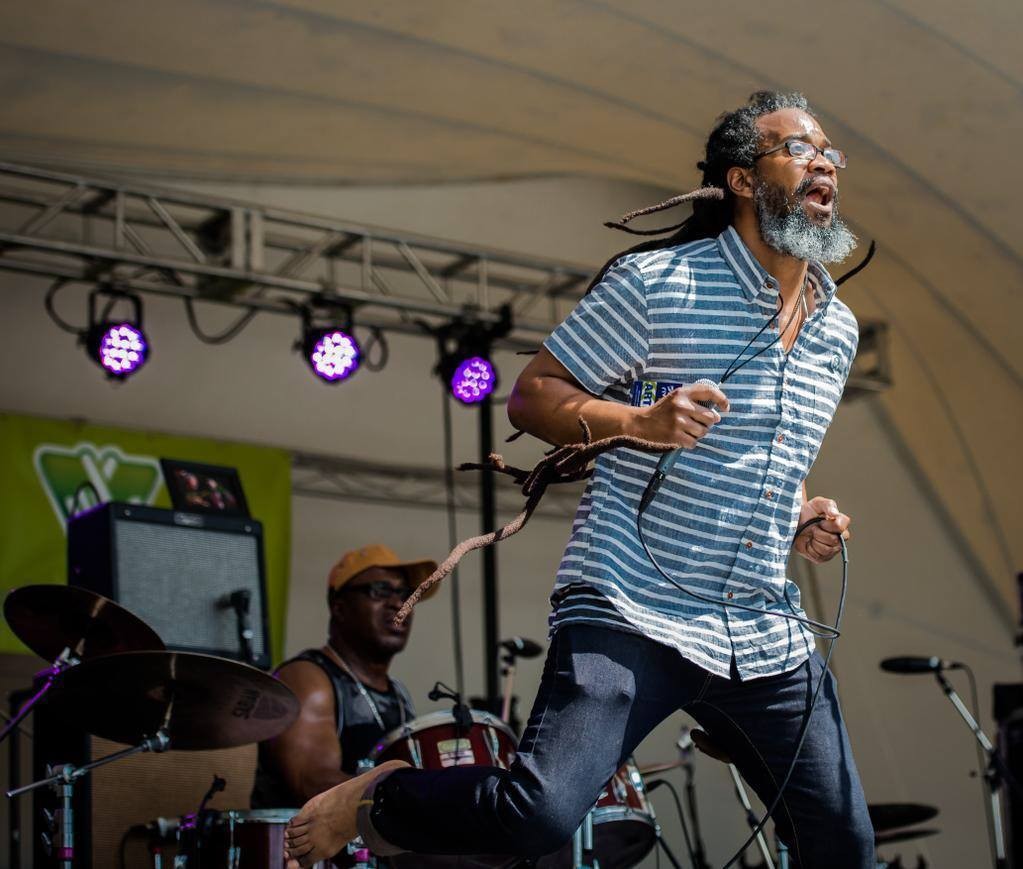 Nothing says summer like live reggae on a rooftop.

And you know Richmond's resident reggae star, Mighty Joshua, will be bringing the fire with the Zion#5 this Friday evening, July 15, atop the Hofheimer building.

Fresh off winning awards for Favorite Reggae Artist, VA Reggae Ambassador, Virginia Favorite Reggae Band, and Favorite Song of the year, Joshua is performing the special show as a benefit for the Makindu Children's Program in Kenya, which helps kids orphaned due to the AIDS crisis.

There was an orphanage I found out about through a Peace Corps volunteer named Michael Farley. These are kids who have been orphaned whose parents died from AIDS. Some kids walk for days to get there. It's run by locals, Kenyan great-grandmothers who educate and feed them — find families for them. In 2010, I raised money stateside to sponsor our walk out in the middle of nowhere — West Pokot — 155 miles in 10 days — bush conditions, mountainous, rocky. While we were there it rained the entire time. I saw a dry riverbed go from being dry to water coming through like a train.

Tickets for this Friday's event are $10 and the show also features veteran local DJ Mikemetic. There will be a silent auction with items from RVA businesses as well as delicious food from the great folks at Nile Ethiopian restaurant.

Always a friendly guy, Joshua told me yesterday that he's always excited to travel and has been preparing for the trip the entire year.

"I know a lot of people who have never left their city or county so its huge for me to be able to go to Africa. This year I am excited to walk in an area where the Samburu and Maasai people live, this is a real honor," he says. "Preparation has been difficult this year, but the sacrifices are worth it. This year I will have the opportunity to play music in Nairobi. This will be my first official show outside of the U.S. So far Aug. 6 is solid, hopefully we will be able to confirm two more dates before leaving, Aug. 4th and 5th. An amazing band called The Yellow Light Machine will be backing me."

Joshua also wanted to give props to a lot of people and local organizations who came together to help him reach his goal of $10,000 this year, including: Dinamo, Lickinghole Creek, Magnolia Renovations, Katra Gala, Belle Isle Spirits, The Glass Spot and artist Paul DiPasquale just to mention a few.

"It really has been a RVA community effort this go around," he adds.

While he's well known for his uplifting live performances, fans will be happy to know his group is currently recording his second album at Overcoast Music in RVA, which will hopefully be available Spring 2017.

You go, Mighty Joshua. Walk the earth, brother. We'll be there with you in sprit.

To get tickets, go here. For more information on the Makindu Children's Program, check out their site.

Rooftop Reggae at the Hof: A benefit for the Makindu Children's Program raises the Hofheimer building roof on Friday, July 15 from 7 p.m. to 11 p.m. Tickets are $10. The address is 2818 W Broad St.