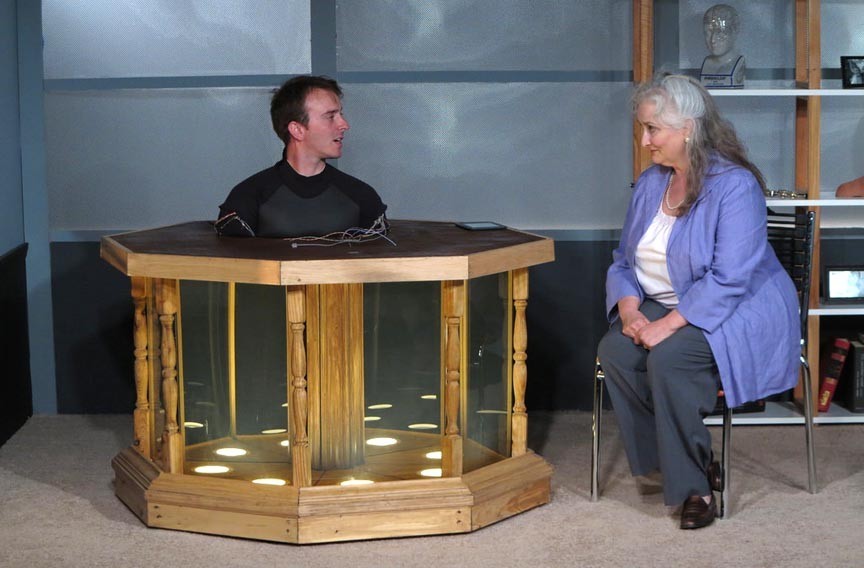 From the press release desk:

5th Wall Theatre, the award-winning professional theatre dedicated to breaking through boundaries, will open its third season this fall with a comedic examination of gender politics. “Rapture, Blister, Burn,” by Gina Gionfriddo, which was hailed as “one of the top 10 plays of 2012,” kicks off a three-show subscription season in September.

“We are excited to be presenting works by two outstanding female playwrights, as well as a hilarious environmental musical, and to be partnering with the Modlin Center to bring you native son Clay Chapman’s 20th Anniversary Pumpkin Pie Show,” said founder and Artistic Director, Carol Piersol.

In addition to its subscription series, 5th Wall Theatre will partner with The Mighty Pen Project and Richmond Triangle Players to produce seven evenings of M*A*S*H, a benefit for all three non-profit organizations.

Here is the season schedule:

One of television’s most memorable hit series is coming back to life, on stage in Richmond. The Mighty Pen Project, in partnership with Carol Piersol of 5th Wall Theatre and Phil Crosby of Richmond Triangle Players, is producing seven evenings of M*A*S*H as a benefit for all three non-profit organizations. The performances will be staged readings of the series’ pilot plus two episodes from the first season. The readings will feature many of Richmond’s best-known actors.

After grad school, Catherine and Gwen chose polar opposite paths. Catherine built a career as a rock-star academic, while Gwen built a home with her husband and children. Decades later, unfulfilled in completely opposite ways, each woman covets the other’s life, commencing a dangerous game of musical chairs—the prize being Gwen’s husband. With searing insight and trademark wit, this comedy is an unflinching look at gender politics in the wake of 20th-century feminist ideals. “Thoughtful, funny…One of the top ten plays of 2012.” - Entertainment Weekly

Performances for Rapture, Blister, Burn are at HATTheatre, 1124 Westbriar Drive in RVA’s West End. Talkbacks will follow select performances. Tickets are $28 (Students - $15; group rates available) and can be purchased by visiting www.5thWallTheatre.org.

Caroline, a veteran social worker, thinks she has a typical case on her hands when she meets Peter and Karlie, two teenage drug addicts accused of neglecting their baby. But when she places their infant daughter in the care of Karlie’s mother, Caroline sparks a family conflict that exposes a shadowy, secretive past—and forces her to make a risky decision with potentially disastrous consequences. Powerful and arresting, Luna Gale is a heartbreaking and unforgettable tale of love and betrayal. “Smart and absorbing.” - The New York Times

Co-produced by 5th Wall Theatre and the Modlin Center for the Arts. Celebrating his second decade of spinning macabre yarns, author/performer Clay McLeod Chapman returns to his hometown with The Pumpkin Pie Show – a rigorous storytelling session that Time Out NY guarantees “will send shivers down your spine.” This special anniversary presentation will include a cross-section of personal favorites (and frights) from the last twenty years of haunting audiences across the globe. “[There is] a new generation of theater artists reared on a diet of vampires, zombies, and charming serial killers. Call this movement the Theater of Blood... At the forefront of this movement is Clay McLeod Chapman, whose ‘Pumpkin Pie Show’ channels the spirit of H.P. Lovecraft,” The New York Times.

Tickets are $20 (5th Wall Season Subscribers - $16) and can be purchased through the Modlin Center at www.modlin.richmond.edu/tickets.

Based on Lloyd Kaufman’s cult film, "The Toxic Avenger", and winner of the Outer Critics Circle Award for Best Off-Broadway Musical, The Toxic Avenger is a charming love story and laugh-out-loud musical that has it all – an unlikely hero, his beautiful girlfriend, a corrupt New Jersey mayor and two guys who play... well, everyone else ... bullies, mobsters, old ladies, and stiletto-wearing back-up singers. With book and lyrics by Joe DiPietro and music and lyrics by David Bryan, the show also features the most memorable and unbelievable duet you’ll ever see on any stage. It’s a toxic love story with an environmental twist! The Toxic Avenger will leave audiences laughing in the aisles as it rocks the house. Featuring a wailin’ rock score, this comical musical has something for everyone to enjoy.

Performances for Toxic Avenger are at The Basement, 300 E. Broad Street in RVA’s Downtown. Talkbacks will follow select performances. Tickets are $32 (Students - $15; group rates available) and can be purchased by visiting www.5thWallTheatre.org.

The price of a 3 show subscription, Rapture, Bister Burn, Luna Gale, and Toxic Avenger is $77. Add $16 for tickets to Pumpkin Pie.