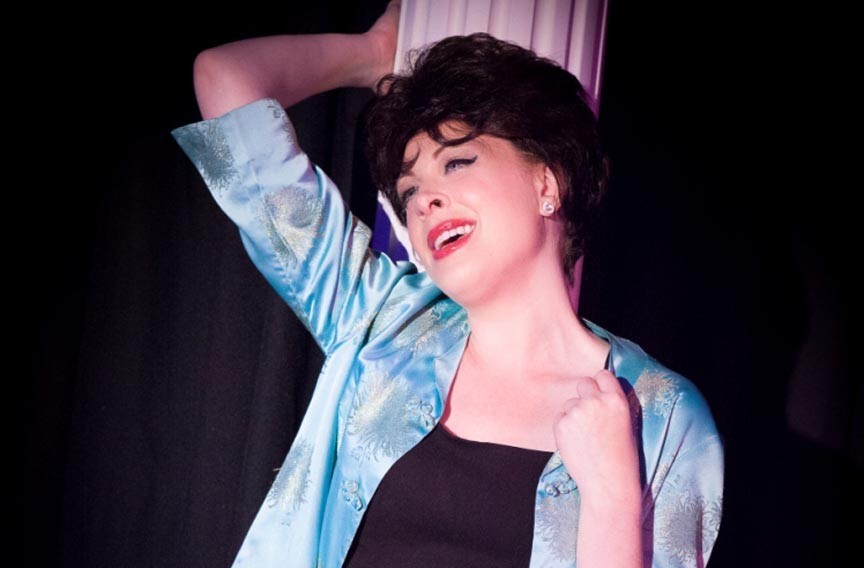 One might assume -- I know I did -- that for an actor, playing a character onstage is something like putting on an outfit, it’s something to easily slip into whether that character’s been hanging in the closet for a day or more than a year.

Grey Garrett assures me this isn’t the case.

In 2014, the actress electrified the Swift Creek Mill stage and earned a best actress in Richmond recognition from Style for playing Judy Garland in the bio-musical “Beyond the Rainbow.” Starting this weekend, she’s portraying the troubled “Wizard of Oz” star again, but in a whole new context -- for Richmond Triangle Players’ “The Boy from Oz.”

“After ‘Rainbow,’ I really had to distance myself from Judy Garland,” Garrett says. “Every time I heard her, I’d hear something that would make me reflect on my performance and I’d think, ‘Why didn’t I do it like that?’”

That Garland was such a complex and ultimately tragic figure also made approaching her as a character difficult. “During ‘Rainbow,’ I had to put a wall up to avoid going too deep and slipping into my own depression,” Garrett recalls. “And that made it hard to delve back into it. At the first rehearsals for ‘Oz,’ I was just reading the lines and playing her as a caricature. Even though it was really funny and I really liked it, eventually I realized I had to make her real.”

Luckily, Garrett knew where to turn, having combed through dozens of audio and video recordings from Garland’s long career to prepare for “Rainbow.”

“I used to watch and listen to at least two hours of her a day,” Garrett says. “Doing the research lets me move freely within her character.”

“Some aspects of the role are the same, like the eyelashes going four feet out from my face,” Hogan jokes. “But other than that, it’s a completely different journey.”

“Lizas” was Hogan’s first professional production, auditioning for the role shortly after arriving in town from Orange, where she regularly starred in high-school musicals.

“I’m proud of the work I did in that show but it was a totally different kind of story,” she says. While “Lizas” was a campy fantastical comedy, “Oz” is based on a true story. “I had a base for the character but now I’m getting to portray her more human side.”

Like Hogan, Garrett welcomes the chance to improve on her previous work. “It’s really lovely to play [Judy] a second time,” she says. “It’s a great challenge to not just sit on my laurels and to see what I can layer in over the foundation I already had.”

Running: The last night to catch Quill Theatre’s “Twelfth Night” will be June 26, “The Boy from Oz” continues until July 16, and Swift Creek Mill’s “The Hallelujah Girls” runs through July 23.