What to Know About Richmond's Annual Hip Hop Fest 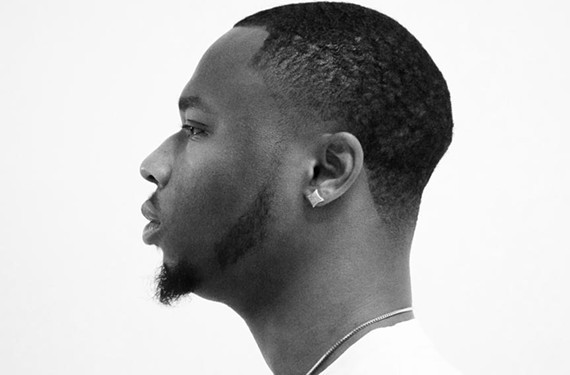 Epic Fest, a four-day music festival which features both local and national hip-hop musicians, will begin its sixth year on Wednesday at Gallery 5 and continue throughout various venues in Richmond until Saturday night’s finale at The Top.

Created and organized by the Richmond media group, Slapdash, the annual festival highlights the best of Virginia’s independent hip-hop culture.

Here is what you need to know about this year’s festival:

1. Richmond’s up-and-coming hip-hop artists will take center stage at Epic Fest VI with performances by Chance Fischer, J. Slim, Marques Berry, Fair, Tim Porter, and Peter $un -- all locally-based artists gaining attention throughout the state, region and country. While Epic Fest VI features artists from all across the Commonwealth, it’s artists from the Capital City that will make the strongest impact this year.

3. Thursday night’s party at Palazzio will give artists, fans, and friends a chance to network. Slapdash will host the first-ever Epic Fest mixer/party. There are no scheduled performances on Thursday night. The Epic Fest community will gather for an opportunity to relax, mingle, and exchange contact information for future projects.

4. According to Epic Fest co-founder Octavion Xcellence, there were over 300 submissions for less than 50 slots. This year, Epic Fest used Sonicbids to help filter the submission process but every application was listened to by a Slapdash music panel and every performer will have survived a vigorous vetting process. Be prepared to hear some quality music at this year’s festival.

5. The best part of Epic Fest is the unknown. Every year Epic Fest features a number of surprises and this year will be no different. Special guest artists, impromptu freestyles, dance battles -- over the years Epic Fest has contained all of these surprises and more. The natural momentum of the event will build to a high-capacity event Saturday night which features DJ Bluetooth and Ethereal of Aweful Records.