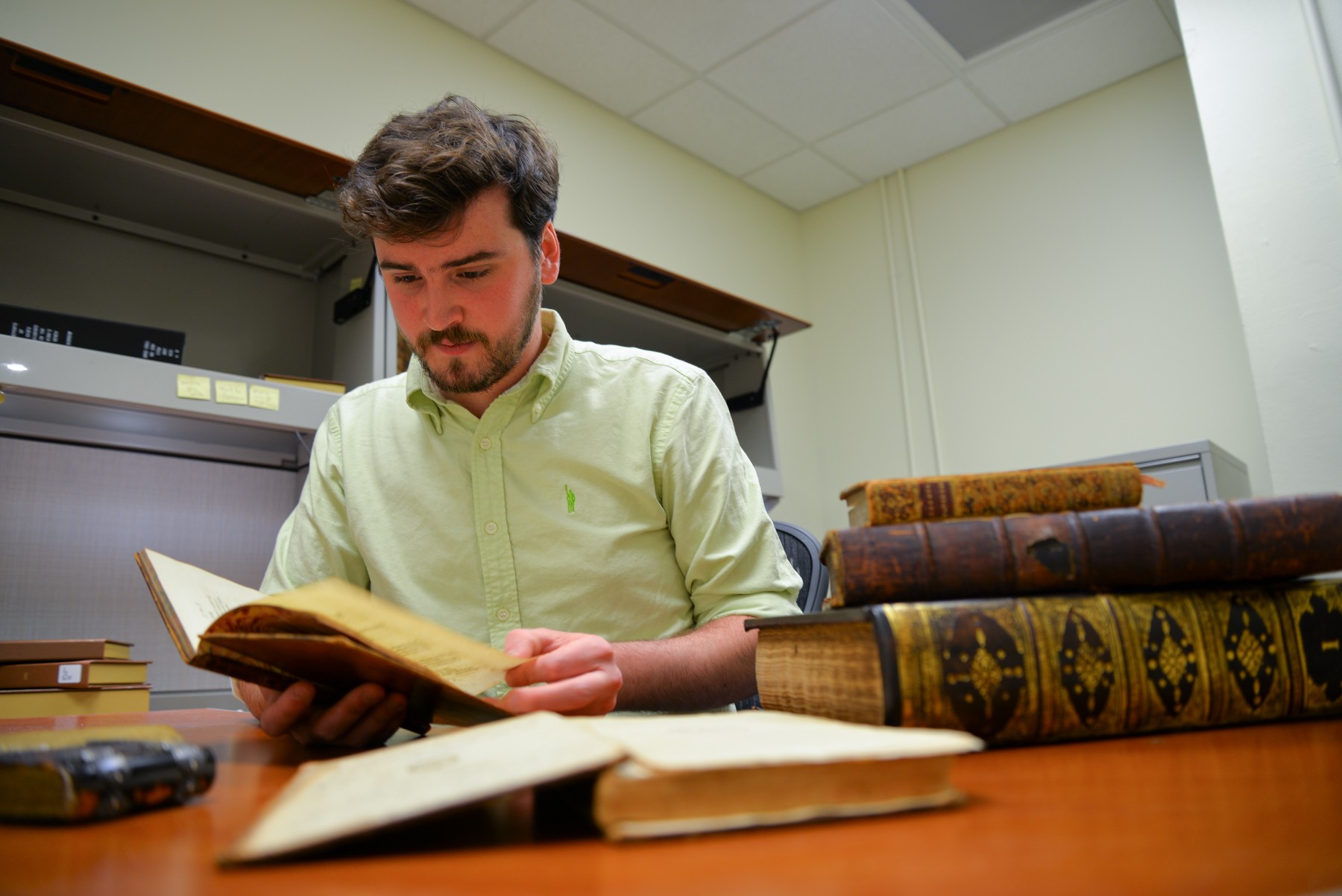 A graduate student in English at Virginia Commonwealth University has greatly increased the value of the university library’s Special Collections and Archives, featuring books published before 1800.

Julian Neuhauser spent the last year cataloging the rare books using what's known as descriptive bibliography -- adding search terms such as “gold tooled bindings,” “marbled edges” and “presentation inscriptions” -- which increases the research value for historians who study the physical properties of books to provide insight “into the printing processes and bookselling industry” of the period, according to a story by Brian McNeill of VCU News.

Examples of the books he cataloged include a goatskin-bound copy of “A Dictionary of the English Language,” the original dictionary by Samuel Johnson and a 1723 edition of “Daimonologia, or, A Treatise of Spirits,” an occult text from the personal library of Richmond fantasy author James Branch Cabell, namesake of the James Branch Cabell Library. 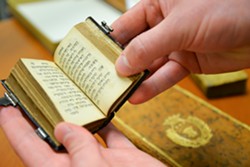 Neuhauser tells Style that he wanted to frame his studies in terms of the materiality of books and texts.

“I have had a longstanding interest in how material, social and intellectual cultures coalesce," he says. "And paying close attention to the material remainders [of] early modern books was a natural way to grow within that interest.”

He says the most exciting thing about the process was simply the realization of what he was examining.

“Some of the books are enigmas or damaged in such a way that they appear to be something they are not. Such cases require a lot of research, but it is worth it to pinpoint exactly what book I am holding,” he says.

“It’s also really exciting to figure out some of the provenance information. I have found Samuel Johnson’s signature, inscribing a book to a friend of his." Johnson (1709-1784) was a prolific writer and author of what is generally thought to be the first dictionary. Other wordbooks preceded his, but his has become the most famous, Neuhauser notes.

“By updating the ESTC, I have added ... books to an enormous database that is used by scholars all over the world to locate research materials. My real hope for the future of this collection is that it be used," he says. "I would really love to see a bibliography or book history class crop up in VCU’s undergraduate humanities courses. Every day I encountered material for a different research project, and I think that the descriptive cataloging I have done will make it easier for students to learn to approach their work using book historical and materialistic methodologies.”

As noted by VCU News, Neuhauser recently received a scholarship to attend the London Rare Books School at the University of London. As part of the scholarship, he will travel to London later this month to take a course, “The Book in Early Modern England,” on the production, distribution and consumption of books in the 16th and 17th centuries.”