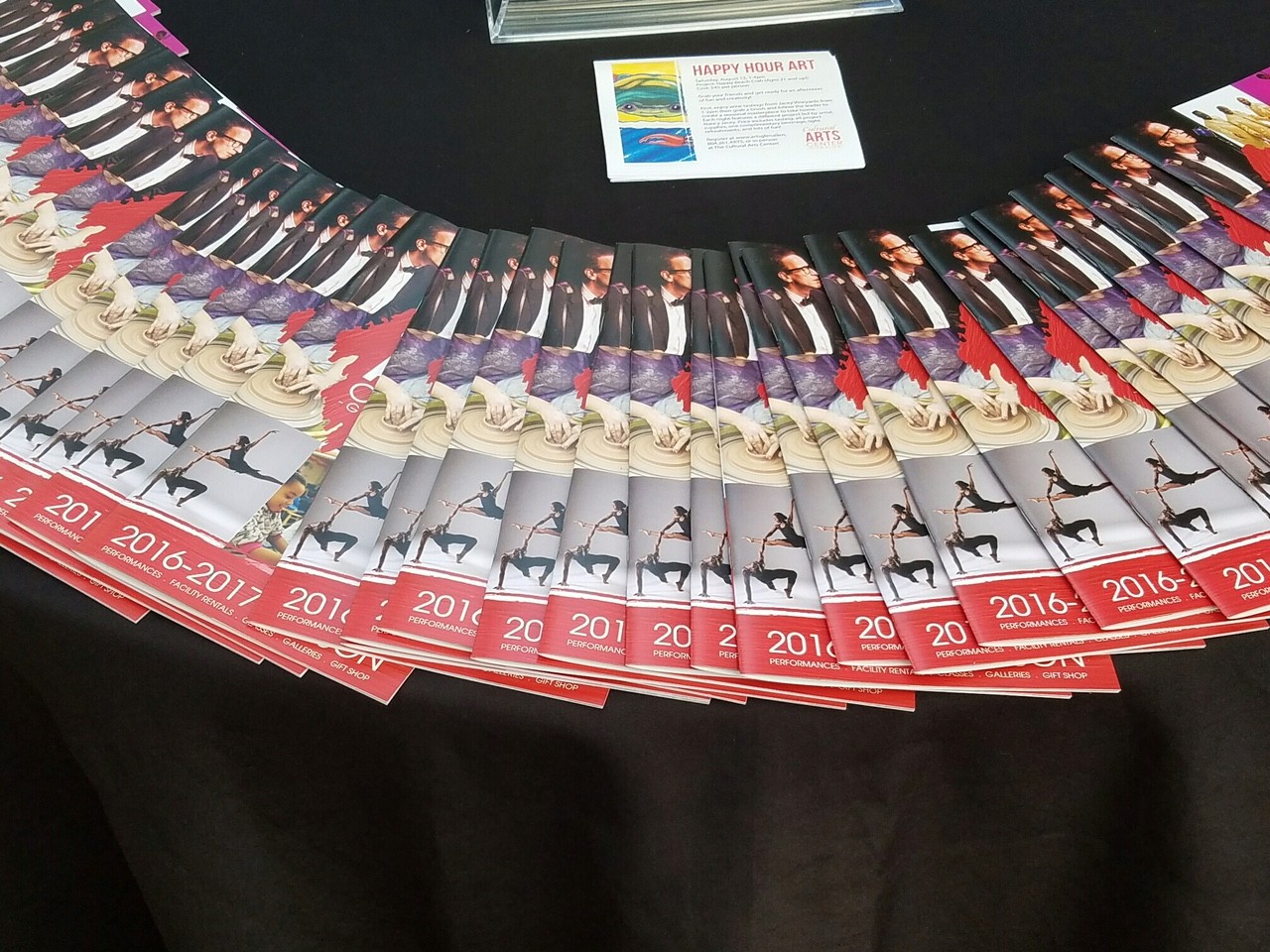 The Capitol Steps are going to kick it off and the music of Burt Bacharach and Barry Manilow performed by Thomas Pandolphi will close it. The Cultural Arts Center at Glen Allen announced its 2016-2017 season to a nearly full house in the Weinstein Sculpture Garden last night.

Besides beer, wine and food provided by DeFazio’s Catering, guests were treated to performances by Rock & Roll Jubilee, the Lawrence Olds Band, Tara Mills and Jimmy Stelling and the Taters, who along with the Richmond Symphony, will be performing classic American and British Pop Rock as part of the Richmond’s Finest series in February.

Part of the goal of the evening was to encourage guests to subscribe to the season between bites and sets in order to take advantage of discounted prices being offered, some as low as $13 per show. The preview deal bested the standard pricing of the Center, a private, non-profit organization, with individual tickets usually selling for $15 in advance for general admission, $17 for reserved seating and $20 when purchased at the door.

But for most people it was the eclectic nature of the Center Season series, which brings the Acrobats of Cirque-Tacular, Masters of Soul’s “Christmas in Motown” and the 8th Annual Djangoary Music Soiree, among others, to the Cultural Arts Center over the course of the upcoming season that inspired subscription purchases.

Part of the big reveal was the news that patrons can now park once and party twice with dining and snacks being offered by DeFazio’s Catering at select shows. For those who can’t make it to there in time to eat before a performance, dinner can be served at your table as you watch.

While off the radar of some city dwellers, the Cultural Arts Center at Glen Allen is dedicated to being a regional center for creativity, balancing arts and cultural education with entertainment for the greater community.

Many attendees were regulars at the Center, but others expressed surprise at the breadth of artistic offerings on a weekly basis, including classes in drawing, jewelry design and photography. Studios with potters throwing bowls and plates and painters executing delicate watercolors were open to visitors during the course of the party.

Almost everyone agreed that no better season opener could be scheduled than the D.C.-based Capitol Steps’ newest production of “What to Expect When You’re Electing,” a creative blend of music and political comedy skewering both sides of the political spectrum.

Who among us won’t be in need of a few good laughs this Fall? For more information, visit artsglenallen.com