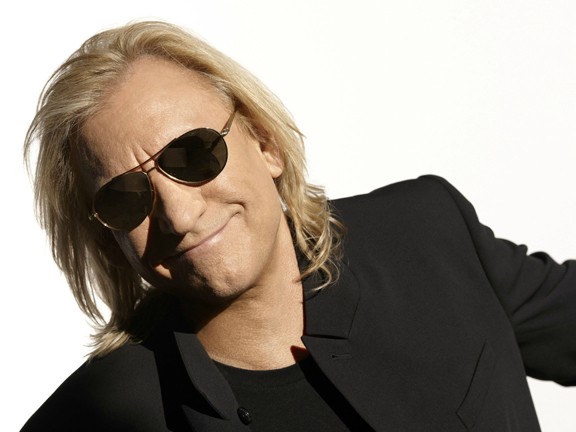 Former Eagle Joe Walsh will be playing Innsbrook After Hours on July 21. Tickets go on sale Wednesday, May 25 at 10 a.m. Cheaper early bird general admission tickets are available for one week only.

Richmond, VA- May 18, 2016 - Innsbrook After Hours, Central Virginia’s premier outdoor concert series, announced that Joe Walsh will perform as part of their 2016 concert series on July 21. Tickets go on-sale Wednesday, May 25 with $15 low dough early bird general admission tickets available for one week only at www.innsbrookafterhours.com.

“I decided to round up great players that I’ve played with in the past, like Joe, Waddy, Chad and Ricky. These guys know my music and I’m very comfortable playing with them. I think this band is the best I’ve had in a long time. I didn’t feel that the One Hell of a Night Tour should be the end based on how we are all playing,” says Walsh.

Drawing from an extensive catalog of hits throughout his four-decade career, the set list will include “Rocky Mountain Way”, “Walk Away”, “Life’s Been Good To Me So Far”, “Funk 49”, “Life In The Fast Lane”, “In The City”, “Over and Over”, “Life of Illusion”, “Turn To Stone”, “Ordinary Average Guy”, “Analog Man” and more.

Best known for his powerful guitar licks, Joe Walsh has entertained the masses and captivated his peers for more than three decades with such classics as “Funk #49,” “Walk Away,” “Life’s Been Good,” and “Ordinary Average Guy.” In 1969 Walsh found success with The James Gang, followed by a stint with Barnstorm, a trio he founded. In 1973 Joe released his first solo album, which proved him a legitimate solo act with a limitless career on the horizon. By 1975 he joined The Eagles, bringing a harder rock sound to the group with the acclaimed Hotel California, The Long Run and Eagles Live.