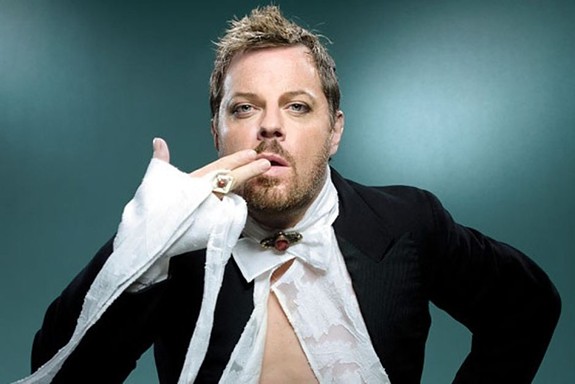 British comedian Eddie Izzard is performing his "Force Majeure" show at the Carpenter Theatre in Richmond on Wednesday, July 18. Tickets range $48 to $58 and go on sale on May 20.

The New York Times described him thusly: “Sheer Comic Genius. His humor reflects the scattershot lunacy of Monty Python, but with flashes of Robin Williams’ manic energy and a sophisticated silliness that is entirely his own. He is the most brilliant stand-up comedian of his generation.”

By the end of this tour, he will have performed it in 49 of 50 states. This will be his first time in Virginia.