Science Museum About To Get Speed

Most ambitious permanent exhibit in museum's 40-year-history launches May 21. 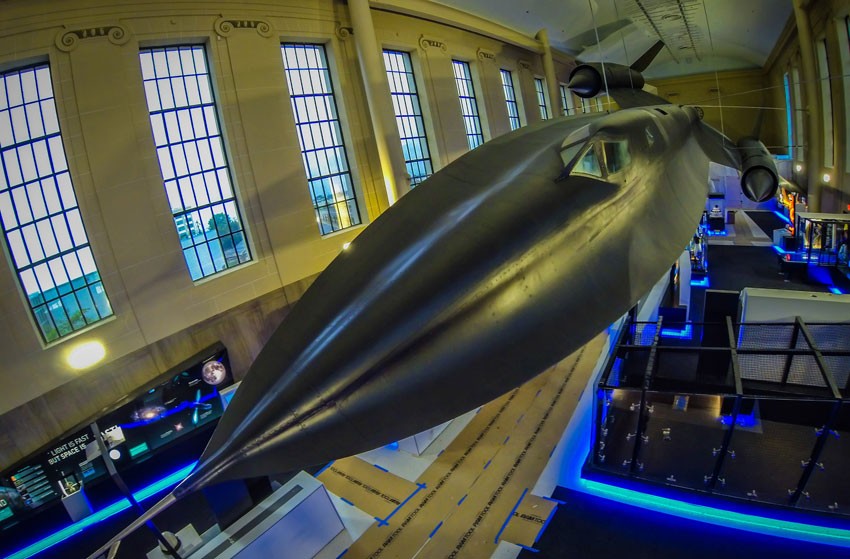 Ever seen a supersonic jet hung from the rafters?

The Science Museum is about to unveil the most ambitious permanent exhibit in its 40-year-history on May 21 with the launch of Speed, which will cover some 10,000 square feet of the historic main concourse.

Part of this showcase will involve the first SR-71 Blackbird supersonic jet to ever be suspended, according to museum officials. Also there will be "more than 50 exhibits and hundreds of unique experiences that encompass topics ranging from space exploration and sports to Wall Street and geologic time," according to a press release.

“Speed is truly a ‘wow’ gallery . . . From a supersonic plane to a pitching cage, relativity to the evolution of technology, exploring viral outbreaks to racing objects using light, this new exhibition gallery is packed full of mind-blowing experiences," says Chuck English, director of playful learning and inquiry. "In Speed guests interact with science, they feel and alter the speed in numerous activities and participate in exciting challenges including playing air hockey against a robot -- which I have yet to beat.”

Speed is part of the museum’s Inspire the World Campaign, which hopes to rapidly transform the museum into a national destination. Speed is funded in part by the Garland & Agnes Taylor Gray Foundation, the Richard and Caroline T. Gwathmey Memorial Trust and Roller-Bottimore Foundation.

“This project is the heart and soul of what a science museum strives to be,” says Richard Conti, Chief Wonder Officer, Science Museum of Virginia. “Speed was designed to challenge your perspective on the world – and we think this gallery has done just that.”

We hope to get a more hands-on look next week and maybe some firsthand video, but for now here's more from the press release:

Guests are invited to race objects using light along the gallery’s 45-foot vaulted ceilingor to feel the force of a 100mph hurricane. Speed offers the opportunity to challenge a robot to a spirited game of air hockey, turn on the world’s slowest machine, race an alligator along a sprint track and compete in a variety of interactive challenges. Other experiences include controlling time, exploring viral outbreaks and capturing motion in a high speed camera studio.

Speed is a permanent exhibition and part of the Museum’s Inspire the World Campaign, which is rapidly transforming the Museum into a national destination. Speed is funded in part by the Garland & Agnes Taylor Gray Foundation, the Richard and Caroline T. Gwathmey Memorial Trust and Roller-Bottimore Foundation.

Speed is included with Museum admission. Exhibit admission is $14 for adults, with a $1 discount for youth and seniors. For more information, visit www.smv.org or call 804.864.1400.