Second anniversary show will be held at the Byrd on June 3. 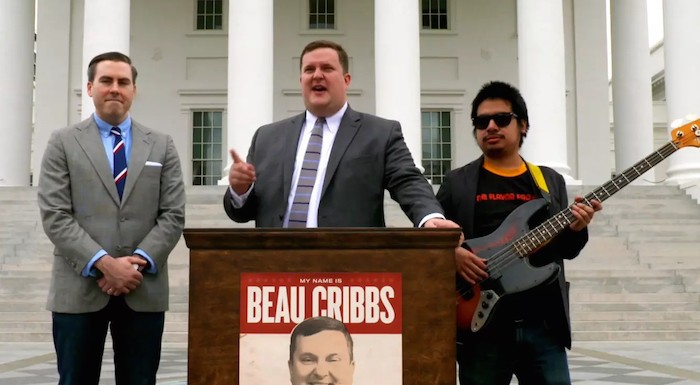 The show will take place on Friday, June 3 at 8:00 p.m. at Byrd Theatre in Carytown. Tickets are $15 and are available now on www.RVATonight.com. Seating at the Byrd Theatre is general admission.

“It’s a true honor to welcome Governor McAuliffe to our show in what historians will ultimately describe as the biggest mistake in a once-promising political career,” said Beau Cribbs, host of RVA Tonight, in a press release. “This is undoubtedly an enormous, career-changing honor for the Commonwealth’s chief executive to appear on our non-televised late night show. Huge day for him.”

Here's a video trailer made by the RVATonight team that comes across as relatively normal in a political season like the one we've been having.

An Announcement of Gubernatorial Proportions from RVA Tonight with Beau Cribbs on Vimeo.

Coalition Theater Executive Director and ‘RVA Tonight’ announcer Matt Newman added, “We are thrilled to welcome His Excellency on our show, provided we don’t actually have to call him ‘His Excellency.’ We have to draw a line in the sand somewhere.”