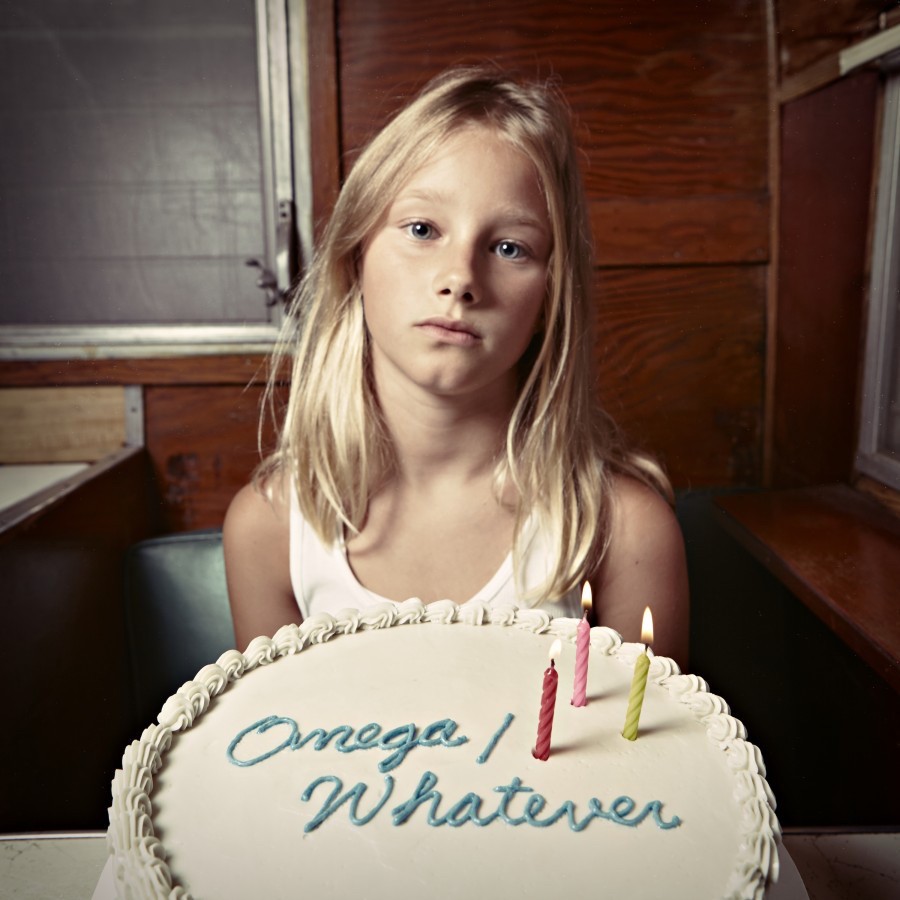 Announced today: Avers, one of Richmond's most highly regarded up-and-coming rock groups (and surely one of its most stylish and best-looking, sorry Brown Piss), announced today that it would be releasing its sophomore album via local Egghunt Records, the same label that scored with Lucy Dacus' debut.

The album "Omega/Whatever" was mixed by Peter Kadis (Kurt Vile, the National) and mastered by Greg Calbi and will be released on July 29. The band premiered a song "Everything" that you can rock with those cubicle headphones right about now.

"[Egghunt Records] approached us and we felt good about it. We've been trying to focus on letting people do their jobs as far as pushing the album," says bassist and vocalist Alex Spalding, taking a laundry break after just returning from a Washington DC gig last night [the band plays Charlottesville on Wednesday at the Southern]. "We've been a hugely independent band, doing everything ourselves up to this point. But having done that for a few years, we've been trying to move the focus just back to music."

Spalding says the band will likely tour heavily after the album is released, but they don't have any dates scheduled yet.

Avers recently took on new drummer Grant Bauley, who moved back to Richmond from Brooklyn. Former drummer Tyler Williams had to depart to focus on his other group, Head and the Heart, which recently signed to Warner Brothers; he's also managing recent Style cover artist Lucy Dacus as well.

As far as Avers' evolving sound, Spalding says its moved a little away from garage, a little less psych or "away from genre specific labels" though she sings mostly in-your-face rockers on this new record.

She adds that she feels like this album is really the first true Avers release, since the band hadn't played together long when it released its debut in 2014. Now they've had over a year of heavy touring under their belt, and she says the group of four songwriters has really gelled.

"This is definitely our main project now, our creative outlet," she says, noting that Glenn still performs with Trillions. "We never really liked the 'supergroup' label . . . All of us have come forward in different ways from our individual projects. Our songwriting and singing style has started meshing together and there's a lot of cross-pollination."

But for her, she says, "this new album sounds like us, playing together."

For this recording, the band returned to its unofficial headquarters, Montrose Recording, a modern studio on a historic plantation run by bandmate Adrian Olsen. This place is far from the stereotypical notion of a plantation . . . instead it feels like a little Topanga Canyon (minus the Canyon) oasis of artistic reverie in the middle of Richmond.

Style will have more as the album release date nears, but here's some details from the press release:

With four songwriters, four singers, and 11 tracks of guitar-saturated rock & roll, Avers' second album, Omega/Whatever, is proof that there's strength in numbers. The record shines new light on a band that made its first splash with 2014's Empty Light. Avers supported that debut release by leaving their hometown of Richmond, VA, and crisscrossing the country on tour, opening for bands like Foo Fighters and J. Roddy Walston along the way. They made a national splash during the 2015 SXSW Festival, too, with everyone from Esquire Magazine to The Daily Beast listing them as one of the week's breakout bands.

Two years after Empty Light's release, Omega/Whatever finds them returning to their unofficial headquarters — Montrose Recording, a modern studio located on a historic Richmond plantation and operated by bandmate Adrian Olsen — and creating another self-produced album of rumbling rock, shot through with pop hooks, layers of percussion, and coed melodies from four different vocalists. It's a mix of old and new, much like the studio that birthed it. It's an album about balance, too, centered around the struggles of living in the modern world.

There are songs about divorce, technology, late nights, corrupt politicians, and societal norms, all delivered by a group of songwriters who share their creative duties equally. Olsen, Alexandra Spalding, James Mason, and JL Hodges trade off vocal duties, too, with multi-instrumentalist Charlie Glenn pitching in on keyboards, harmonies, and swells of electric guitar. There's no consistent frontman, no singular leader, no main guitarist. Those roles are fluid, which makes Omega/Whatever very much the product of a band, not just one bandmate's vanity project.

Like the album that came before it, Avers' second release came together during a series of inspired sessions at Montrose, with each song beginning as a fledgling idea brought to the table by one of the band's four writers. The entire group would then pitch in, turning that idea into something nuanced and layered. Avers would ultimately finish each song as a collective unit, recording the track the same day it was written. The result is an infectious and ebullient (The AV Club) sound that not only reintroduces the band, but not also offers an insider's look at their creative process.

Avers plays with Cave Men and Breakers on May 11 at The Southern in Charlottesville.