Great Southern: Season Two is Upon Us

A quick chat with the organizer behind Richmond's "Twin Peaks" Festival this June. 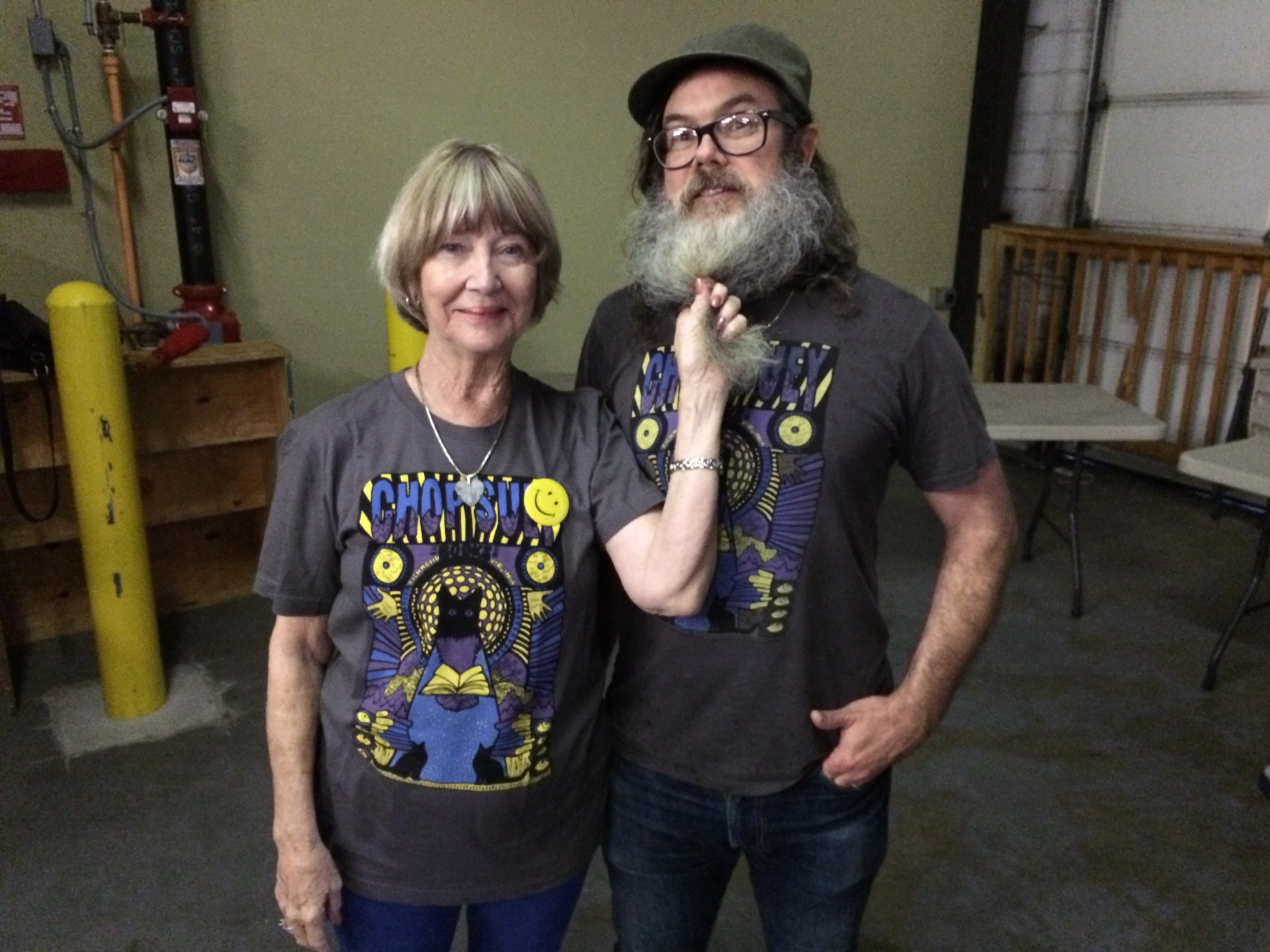 It's time to get weird again!

Time for all the local David Lynch fans to push aside that apple pie and coffee, grab a rotting human ear, and head out to celebrate.

Last year's inaugural Great Southern: A Twin Peaks Celebration was a hugely successful, four-day festival that offered a "neat" thrill for Lynch fans with too many highlights to recall here. This year, founder and organizer Andrew Blossom has lined up another exciting slate of events, guest stars and speakers for Great Southern: Season Two. (You can see the full schedule below.)

Presented by Movie Club Richmond and Video Fan Forever, the organizers do need to raise money online to help pay for this year's event. You can purchase a cool original t-shirt design by local artist Allison Boesch, depicting Glastonberry Grove at the moment Jupiter and Saturn meet, the curtain opens, and a Special Agent steps inside by clicking here.

Style will have more insight on the event the closer we get to its June 9 through June 12 festival dates.

Of course, Blossom is super busy these days, but we caught up with him by email to ask a few questions about this year's event.

Style Weekly: What are you most excited about this year?

Andrew Blossom: I'm excited about a lot of things! It's hard to narrow them down. Charlotte Stewart's reading at Chop Suey Books, for sure. She spoke last year about working on her memoir, so to be able to see it in print and have one of the very first readings here in Richmond makes a nice follow-up, and is also a real honor. She's such a wonderful person, and has been a part of so many amazing projects, Twin Peaks included.

Last year, the music by Big No and the Julee Cruise cover band was astonishingly great. What kinds of sounds can we expect this time around?

Silencio is coming from Pittsburgh to play at Balliceaux on the Friday night of the festival, which is big news. They're a terrific ensemble who perform the music of David Lynch and Angelo Badalamenti, which makes the show a must for fans. But they also create beautiful, atmospheric original work. Everyone in town should come to this.

Who are some of the other guests joining you this year?

[Actress] Kimmy Robertson will join us again, which I'm thrilled about in general, but especially because she'll perform a set with Richmond musician Little Black Rain Clouds during Sunday's Afternoon Both Wonderful and Strange at Hardywood. What their performance will be, I can't say. It's a mystery! But I can't wait.

Also new this year, we'll have two panels featuring folks who write, blog and podcast about Twin Peaks. Among them are "Reflections" author Brad Dukes, who was here last year; Pieter Dom, who runs the Welcome to Twin Peaks blog; John Thorne, who founded Wrapped in Plastic, the original Twin Peaks fanzine; Scott Ryan, who hosts the Red Room Podcast; and authors David Bushman and Arthur Smith, from the Paley Center. It's a rare thing. You don't often see all these Twin Peaks braniacs together in one place, nor get to hear them talk about the legacy of the show, why they've built their lives around it.

What are the main ways it's going to be different this year?

After last year's event, we thought we might streamline things a bit, but you can look at the new schedule and see the opposite happened. We have more of everything: concerts, bands, movie screenings. Plus the brand new elements: a preview show, a short film program, a tarot reader, the panels.

It struck me the other day that this is in the spirit of "Twin Peaks"' second season, whose 25th anniversary we're celebrating. In its second year, "Twin Peaks" was longer, more complicated, more sprawling in its construction. It introduced new characters, went on tangents, got deeper into the mythology, fleshed out the shadow world behind the curtain. So we're honoring the spirit of that season, maybe even in spite of ourselves, but that means there'll be a whole lot of cool stuff for people to come out and do.

There you have it, folks.

I can attest this was a real blast year, with everything from exotic dancers and surreal visuals and sounds to a hilarious local costume contest. Also I spoke often with actresses Charlotte Stewart and Kimmy Robertson, both veterans of the "Twin Peaks" fest circuit, and they were highly complimentary of Richmond's effort. Here's a little amateur video I shot at Chop Suey with Kimmy discussing what it's like to be directed by David Lynch.

With the new "Twin Peaks" series for Showtime still filming (the full cast was only recently announced and includes just about everybody) interest in the series should reach a fever pitch by the time it airs in 2017. Which hopefully means next year's Great Southern will be totally Agent Cooper-dream-level insane. That is, sort of like Richmond Folk Fest, if people show up and support the project this year.

Short films in the spirit of TWIN PEAKS, featuring

Plus! PANEL DISCUSSION: "WRITING ABOUT TWIN PEAKS," with

ADDED: "The Mythology of Twin Peaks" and will take place at Hardywood on Saturday, June 11 at 2:00 pm, which is the same time the Craft Farm starts. Panelists will include the writers from the Friday panel, and the moderator will be Scott Ryan of the Red Room Podcast.