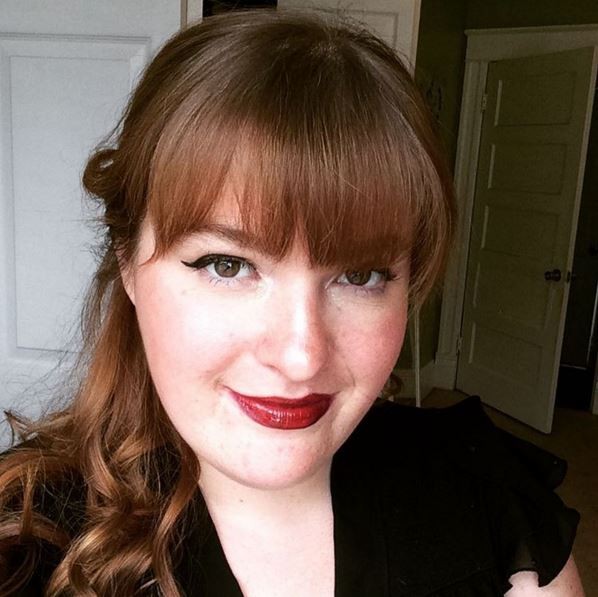 In “Body Awareness,” running at the Richmond Triangle Players, arguments about the objectification of women are a launching point for the play’s comic drama. While the result is a fascinating exploration of one hot-button issue, many other body image debates are more directly relevant for people in the performing arts world.

Chelsea Burke is working on one of those issues in a way that’s both personal and public. The local actor and director has struggled privately with her weight for years. Last July the number on her scale hit 365 pounds, which she says was her father’s weight when he died of complications from diabetes. She decided it was time to get serious.

Her reinvigorated effort coincided with an opportunity to appear on “The Biggest Loser” and, though she ultimately didn’t make it onto the reality television show, the commitment to make her weight-loss journey a public process has continued through a blog called halfagirl.com.

While principally a chronicle of her goals and progress -- she’s lost 95 pounds since her peak weight -- the website also has served as Burke’s entrée into the conversation around fat-shaming.

“I see the body positivity movement as hitting pause on the ridiculous cycle of unrealistic expectations around weight,” Burke says. “People try to fit the stereotype of how you’re supposed to look, and when they fail, they fall further into self-doubt and depression.”

“We’re trying to widen the lens,” she says. “To get people to see all bodies in a positive light: black bodies, queer bodies, fat bodies -- they’re all good bodies.”

She says that while she’s never been confronted directly with discrimination based on her weight, she’s felt the vibe during auditions. “As soon as you walk on stage, you can hear the headshot being turned over,” she says, as a director moves on to the next candidate.

More insidious has been the self-editing, the times she’s felt she could never get a certain role. “It’s clear in the descriptions: male characters are described as ‘noble’ or ‘witty,’ and a female character is described as ‘beautiful,’” she says.

“So based on traditional ideas of beauty, I write myself out of the narrative.” Originally from Cleveland, Burke worked in Michigan for several years after graduating from Radford University. She came to Richmond in 2013 and has worked mostly for TheatreLab, directing “When Last We Flew” last season and running the company’s LGBT-oriented Spectrum program.

Compared with other cities, she says, “Richmond is kind of lovely when it comes to casting,” and notes that she’ll play Nerissa in Quill Theatre’s “Merchant of Venice” opening this summer.

In the meantime, she’ll continue her occasional halfagirl.com posts. “I’m looking to the Internet to be my accountability buddy,” she says. “It’s giving me the support I’ve been looking for.”

Running: For more on body image, check out the 5th Wall and Triangle Players co-production, “Body Awareness,” running through May 14. Virginia Rep’s “Summer and Smoke” also closes next weekend, while Firehouse’s “Maple and Vine,” Swift Creek Mill’s “Little Shop of Horrors” and Cadence’s “4000 Miles” all continue to May 21.