Submission deadline is May 30 at midnight. 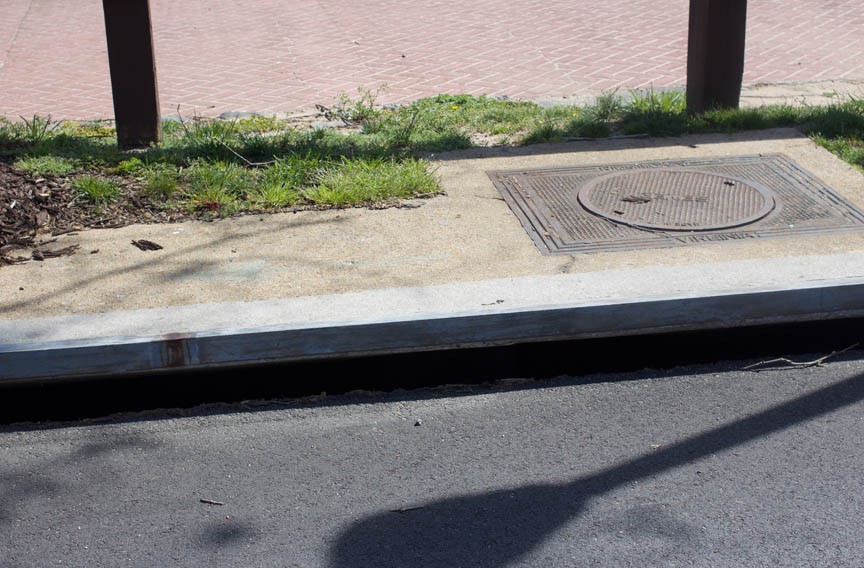 The paint is barely dry at the RVA Street Art Festival and we've got a new contest call out for five artists (18 and over) to submit designs for stormwater drains downtown leading to the James River.

It's all part of a colorful initiative by the city of Richmond Department of Public Utilities (DPU) to raise awareness about the pollutants that go into storm drains and impact Richmond waterways. The goal is to achieve cleaner water faster for Richmond residents.

Interested artists can go here to submit your art and for all the rules and info. The deadline for submissions is May 30 at midnight.

The five winners selected by the Richmond Public Arts Commission will be announced in June. Each will receive $300 and "publicity for their artwork on drains in downtown Richmond" -- which could be priceless, you never know.

Somehow I've got a strange feeling the judges are going to see some gnarly stuff with a theme like "It All Drains to the James." The rules, however, say the artwork must be "public friendly." Who knows what that means anymore?

The five storm drains are located along Tredegar Street from the American Civil War Center at Tredegar to Brown’s Island.

"We established the Storm Drain Art project as a creative and visible way to bring public attention to the importance of keeping Richmond's storm drains free of bottles, cans, trash, grease, dog waste and other pollutants, because what goes into them may come out directly into the James River," says DPU Director, Robert Steidel; the locations were picked because they were in visible, highly pedestrian areas.

Organizers say this is the first storm drain art project for Richmond. Other cities which have successfully brought art and awareness to this issue include Baltimore and Bentonville.

Also, the public will vote via social media for the “RVA Choice” fan favorite.

The Storm Drain Art Project is part of RVAH2O (http://www.rvah2o.org/), a public education initiative dedicated to integrating drinking water, wastewater and stormwater under one watershed management program as a means of achieving cleaner water faster for Richmond residents. Through an online competition, five local artists will be selected to paint their designs on stormwater drains in downtown Richmond.

Stormwater is runoff from rain or snow that cannot be absorbed through surfaces like driveways, parking lots, roads, sidewalks or roofs. As water travels over these surfaces, it picks up dirt, trash, oil, grease, pesticides, fertilizers, pet waste and other pollutants, carrying them into Richmond’s waterways.

“Stormwater is our nation’s number-one source of surface water pollution,” said Robert Steidel, Director, Department of Public Utilities, City of Richmond. “The James River is Richmond’s greatest natural asset, and we hope the Storm Drain Art Project will help citizens visually understand the importance of clean water and the impact of stormwater.