Dave's Comics To Have Toy Sale This Weekend

Store likely to continue on with a renewed focus on comics. 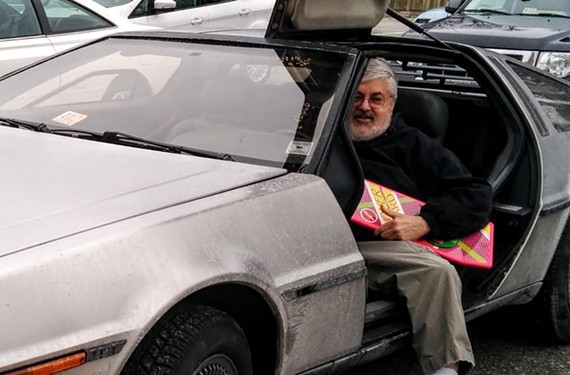 If there was one world Dave Luebke loved more than comics, it was toys.

In his memory, there will be a special toy liquidation this weekend being operated by VA Comicon on Saturday, April 23. The sale, which should draw large crowds, will be held at Dave's Comics store location in the Village Shopping Center at 7019 Three Chopt Rd. from 10 a.m. to 5 p.m.

Dave's Comics is Virginia's longest running comic book store at 32 years, according to Brett Carreras, president of Comicon. The store was run by Luebke, who died on April 16, and his widow Sheryl, who has asked the Comicon to operate a huge 40 percent off toy sale this weekend.

Two weeks ago, many of Luebke's comics and other items were sold with over a thousand people attending. It was their biggest sales day ever, says his longtime friend Carreras.

The good news for fans? Carreras says that it's likely Dave's Comics will remain a Richmond institution for years to come. Luebke's wife was a partner, and Marlon Cohn has remained the manager for many years.

"I think refocusing on comics might be a good trend for [the shop]," Carreras adds, noting that Luebke was the one with the greatest passion for toys. "He went bonkers on the toys. He loved learning toys, Melissa and Doug, these high quality wooden toys. And he has such a cool collection of marbles. Anything a child could reach up and get and take home."

Carreras estimates the store is now about 65 percent toys, the rest comics.

The organizers of the sale ask that you RSVP and you can join the Facebook event page here. According to the release, "lines will begin at 9:30am, and the doors will open at 10am. Once occupancy is hit, we will let one person in for every one person out, so please arrive early. Multiple staff members will be there to help.