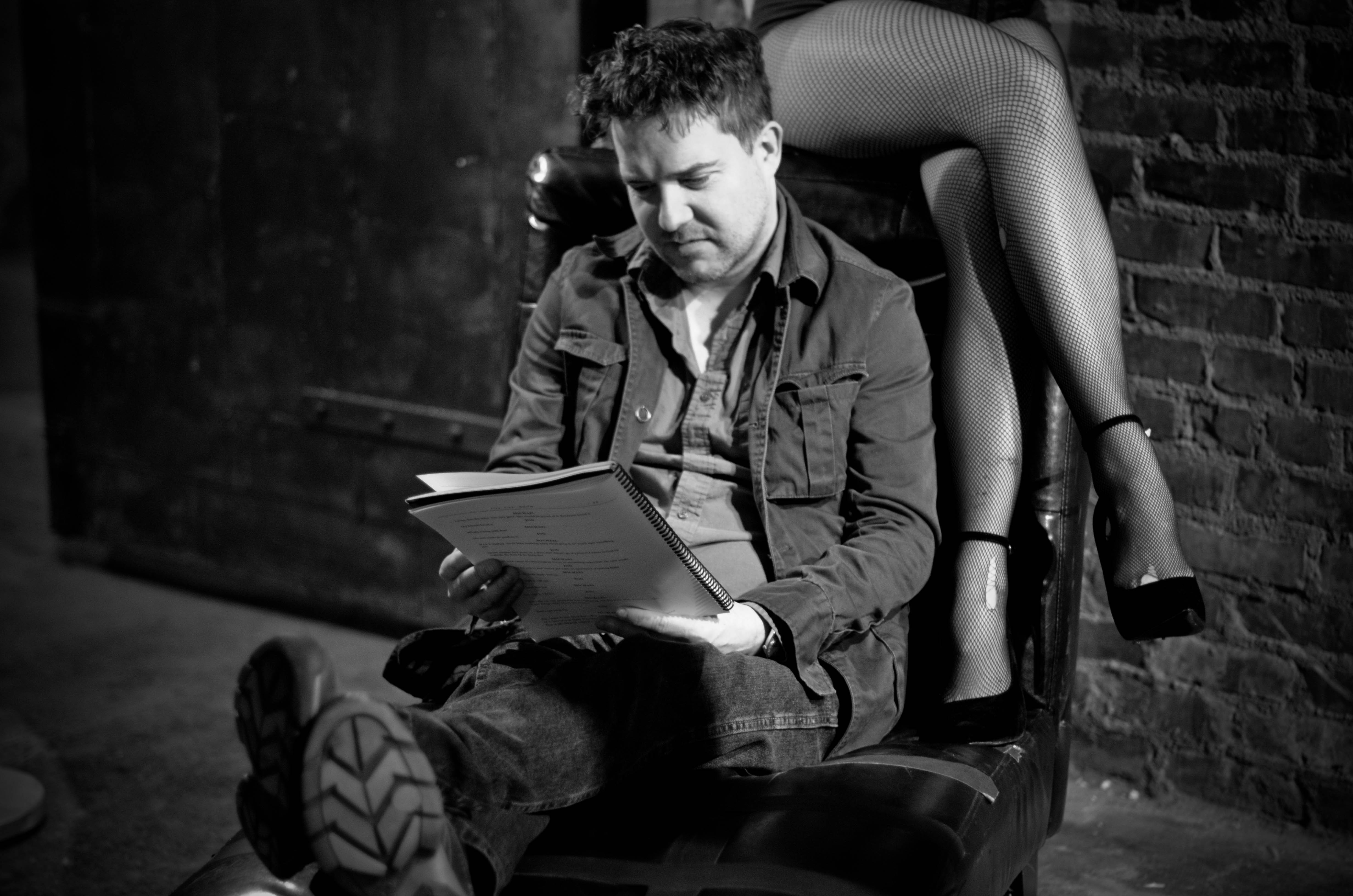 Richmond is a sticky town, and by that I don’t mean that glue gums up the sidewalks. It’s more that demographic, geographic and economic factors make the River City a hard place to leave and an easy place to come back to.

In 2013, James Ricks left his job as artistic director of Henley Street Theatre, the company that ultimately merged with Richmond Shakespeare and form Quill Theatre. He set off planning to develop his academic résumé, which he did with stints as an adjunct professor at West Virginia Wesleyan and Davis and Elkins colleges.

But he kept on coming back to Richmond. He directed “No Exit” at the Firehouse last summer and now stars in “Venus in Fur,” an evocative drama being produced by TheatreLab and Yes, And Entertainment.

“Adjunct positions have an expiration date so it has been helpful to have a base camp here in Richmond,” Ricks says. “I’m still looking for a more permanent situation.”

Ricks had another compelling reason to keep returning: an intensifying relationship with Louise Keaton, actress, playwright and founder of Ashland’s Whistle Stop Theatre, a bond that was punctuated by their wedding last weekend.

When asked if prepping a play right before such a big event was stressful, Ricks says: “It’s actually been nice to have the wedding to pull focus. I’ve been too preoccupied to get worried about acting again.”

Ricks has a long list of acting credits and a master’s degree in fine arts from the Shakespeare Theatre’s Academy of Classical Acting. But his focus on directing and teaching has kept him behind the scenes for more than four years. The role in “Venus” of a director locked in a power struggle with an actress lured him back on stage.

“Every actor has their bucket list of dream roles,” Ricks says, “but they might not align with what you get offered. There are only a few roles that, because of your type or your experience, make you feel, ‘Oh, I need to play this role.’” “Venus” may titillate notoriously conservative Richmond audiences because of its sexual subtext. The play is inspired by a novella written by Leopold von Sacher-Masoch, whose name is the source of the term masochism.

But Ricks didn’t have to visit any dungeons to prepare. “The play is more complicated than that,” he says. “It’s not gratuitous; it’s more about the struggle for control. It’s also very witty and has a great payoff at the end. I’m sure Richmond is grown-up enough to handle it.” “Venus in Fur” plays through May 7.