What to Look For on Record Store Day '16 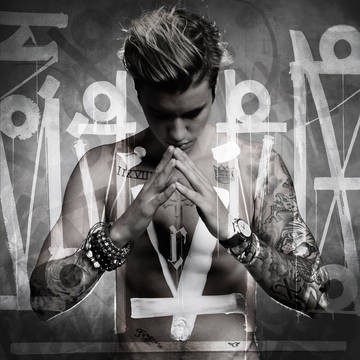 Like all events, movements, and happenings in this time of social media and cultural microscopy, Record Store Day has become a contentious mixed bag.

Yes, a day celebrating the local record store is something most music lovers can easily get behind. But with all the nostalgic re-releases of major label acts, it's easy to feel the original impetus has been co-opted by the same corporate greed that mortally wounded the industry RSD sought to nurse back to health.

Case in point: one of this year’s releases is a 12” Justin Bieber picture disc.

Of course, the picture on the disc is of the Bieb, posed in his predictable wannabe gangsta style: Black-and-white photo, ol’ boy looking down in thought, mind on his money, money on his mind, fingertips touching like some gratuitously tattooed 20-something version of Mr. Burns. Is this what the music industry needs right now? Is this what anyone needs right now? Are Beliebers turntable owners? Are they even CD player owners?

Justin Bieber is low-hanging fruit. You can’t judge the entire bushel by one bad apple, right? Well, after looking over the full list of RSD releases, one can feel a bit more confident in saying that the bushel is on its way to being apple cider vinegar.

The industry’s long, cold fingers are in a rigor mortis grip, still desperately holding on to the Monkeys, the Doors, the Animals, Bob Dylan, Fleetwood Mac, David Bowie (too soon?), the Grateful Dead, Madonna, Metallica, A-Ha (“Take On Me” live, just what you’ve been waiting for!), the Sex Pistols, the Bee Gees, etc. Here's a full special release list to check out.

To be fair, there are some releases worth celebrating. RSD isn’t all top-40 acts attempting to hip themselves up to cash-in.

Two gems recommended by Steady Sounds and Plan 9 are the “Heartworn Highways” soundtrack 40th anniversary box set and “Scumdogs of the Universe,” the second LP from hometown heroes, Gwar.

Along with more modern acts, Blitzen Trapper, Chvrches, Man Man et al., there are many representatives of the old guard of art freaks, punks and “alternative” bands: The Residents, the Fall, Blonde Redhead, Sun Volt, Green River, Anti-Flag, Joe Strummer, Buzzcocks etc. Classic heavies Anthrax, KMFDM, and Death, keep the older aggro-heads happy, and a handful of top-40 rappers (along with a few ultra-standard “world music” and jazz releases) prevent RSD from being almost completely white. Considering the state of contemporary radio, streaming channels, and music festivals, not to mention the impossibility of pleasing everyone, the list is quite commendable.

Below is a breakdown of some of local store happenings for Record Store Day this Saturday, April 16:

Along with great deals, the store will feature the soulful live sounds of producer Ohbliv (3 p.m.), the psychedelic rock of Lady God (4:30 p.m.), and the improvisational debut of avant rockers Zgomot (5:30 p.m.) featuring local drumming legend Pippin Barnett and Tim Harding [full disclosure: this writer also performs with the group].

In a classy twist of punk oppositionality, this Oregon Hill shop is calling their non-RSD-related event "Customer Appreciation Day," and will have live music in their parking lot along with barbecue from Cultured Swine, a dunk tank, bouncy castle, and snow cones.

Veteran collector and owner Jay Leavitt will have some of their select used records available, along with Sugar Shack donuts, a raffle for a Music Hall turntable provided by Audio Exchange, as well as DJ Nico Doreste spinning out front. The evening before, they have an unofficial pre-party at Triple Crossing Brewing with a free show by Generic w/Nico.

Owner Marty Key has his pal, DC legend, musician and deejay, Ian Svenonious on the tables from 1 to 4 p.m – and the store is offering a sidewalk sale with $1 albums and free giveaways with certain purchase levels (free tote with $50 or more). Some of their other select releases will include J. Dilla, Matthew E. White, and Suicide. Other live deejays on hand include Mike Murphy (11 a.m to 1 p.m.) Adam Against of Life’s Blood fame (4 to 6 p.m.) and an unidentified Danville native from 6 p.m. to 8 p.m.

For record fans who need (thousands) more releases, there's also the Stand Still record show at Quality Inn and Suites at 3200 W. Broad St. which runs from 8:30 a.m. to 4 p.m.

From the Facebook page: "Early Bird admission @ 8:30 is $5, drops to $3 after 9:30. Dealers from out state as well as local RVA dealers. Tens of thousands of quality, curated used and new records as well as CDs, memorabilia and more. Live DJs all day and free ample parking in the lot behind the hotel."

And there are a lot more shops out there worth checking out: While you’re at it, stick your heads into BK Music (2833 Hathaway Rd), Turnstyle (102 W. Broad) and Memory Lane (8609 Sanford Dr. in Henrico), and see what offerings they have that might turn your table.