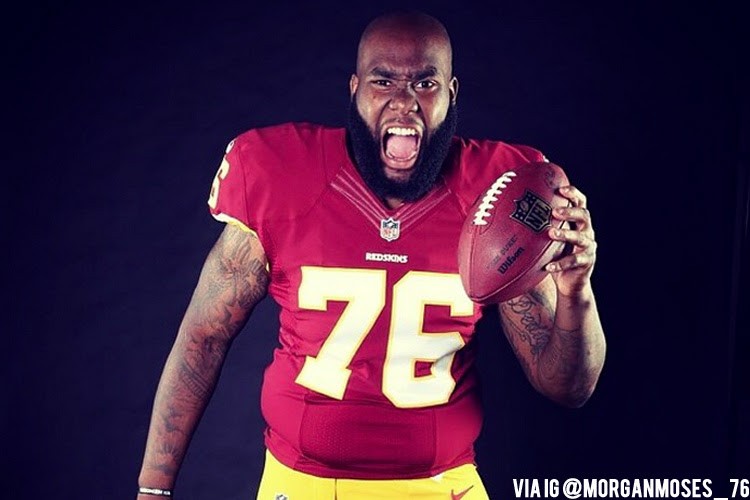 Washington Redskin offensive tackle Morgan Moses is known for blocking so his players can score.

But this Wednesday, he’s giving back to local area students.

The event will be held at the Bow Tie Cinemas (1301 N Boulevard) at 7pm with a cocktail reception including heavy hors d'oeuvres and cash bar starting at 6 p.m. Tickets are $50 per person, which will include a donation to the Richmond Ridley Clarence Cain Scholarship Fund and subsidize the attendance of high-achieving Richmond-area high school students.

According to a press release, “Black Wall Street” is a work of historical fiction. The film celebrates the rich culture of Jackson Ward which, in its heyday, was full of affluent families, legendary music, and vibrant fashion. The film offers a classic “whodunit” murder mystery.

Mistress of ceremonies for the evening will be Kelli Lemon, a local television and radio personality and graduate of UVa who was the cover girl featured in Style's Top 40 under 40 last year.

“Our scholarship seeks to increase diversity at the university with the highest graduation rate for public universities in the entire country,” says local attorney, Alexander L. Taylor by e-mail. “When you support this scholarship by attending these events you support diversity.”

“We are honored to have Morgan Moses because he represents what is possible for student athletes who are determined to succeed beyond the sport they play. Morgan is reaching back to help youth by participating in this fundraising event and something tells me this is only the beginning. On the football field he creates opportunities for other players to score. On April 13, he is helping the Richmond Ridley Cain Scholarship create opportunities for some of the highest achieving students in the Richmond Metropolitan area.”

Also from the release:

The Walter Ridley Scholarship Family of Funds, founded in 1987, is named in honor of the first African-American to graduate from the University of Virginia and attracts the most talented minority students in the nation. The Richmond Ridley Clarence Cain Scholarship is a merit based scholarship for Richmond-area African-American high school students to attend UVa. Student recipients receive a $12,500 annual four-year scholarship that covers most of their tuition and fees. The goal of the scholarship program is to raise $2.5 million so a completely endowed full tuition four-year scholarship can be awarded each year to an African-American Richmond-area student attending UVa. UVa has the highest graduation rate for African American students among public universities across the country.