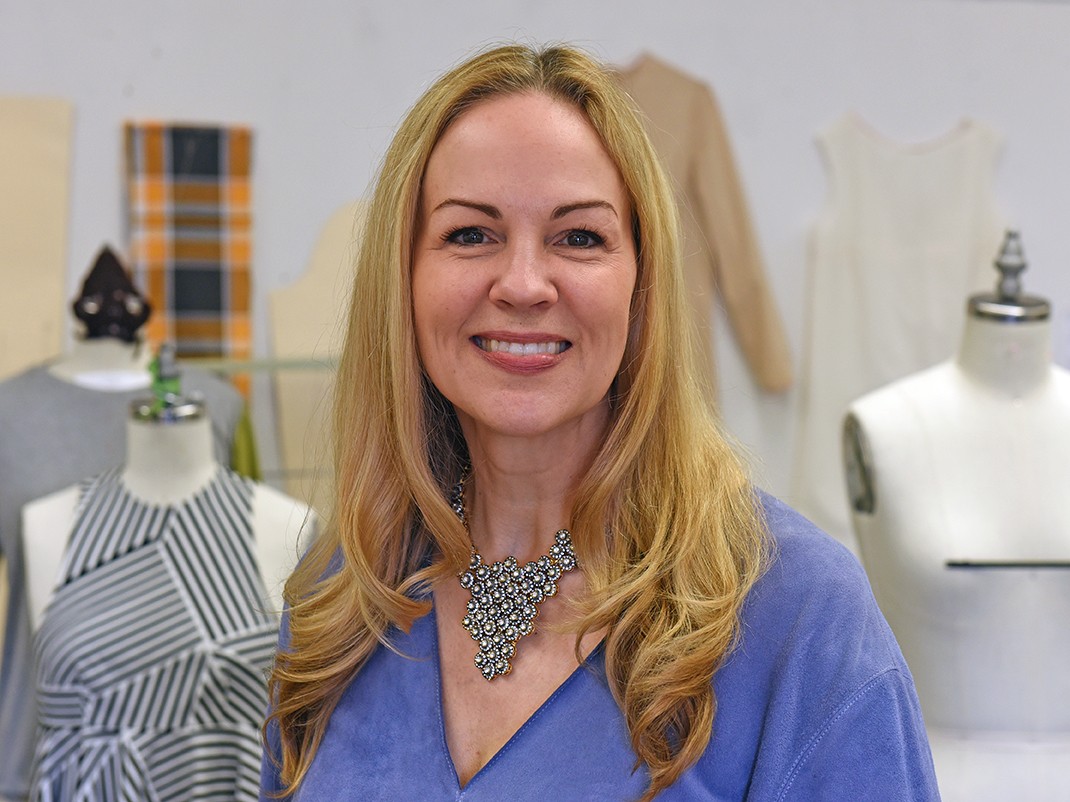 Patricia Brown grew up in Northern Virginia and went to the College of William & Mary, but left for the New York fashion scene. With a degree from Parsons School of Design she worked at places like Ralph Lauren, Calvin Klein Collection, Adrienne Vittadini, Ann Taylor and Banana Republic.

Virginia Commonwealth University brought her back South last September to chair the fashion design and merchandising department. She brings industry experience and a new vision to the largest department in VCUarts.

As she wraps up her first academic year and preps for the big May 8 student fashion show, Style talked to Brown about Richmond, her plans for the department, and her own personal style.

Style: What are you most excited about as the chair of the department?

Brown: Definitely the impact the program has on young people. I have sons in the same age range as the students, so it’s exciting to see. It’s also exciting to bring more attention and focus to what’s already a strong program - and help make it stronger.

We’re already planning to expand to the denim program, jeanology. I definitely believe in expanding knitwear, which is a huge part of the industry, and I don’t think many schools in U.S. train their students in it. Also menswear, which is so important.

We’re also building crossover partnerships between the two tracks, design and merchandising with a focus on the interdisciplinary and fashion technology.

You’ve been bringing industry professionals to talk to students this year. What would be a dream team line-up of guest lecturers for next year?

There are so many! I mean, Tom Ford, Marc Jacobs, if I had my choice. Alber Elbaz [formerly of Lanvin], Mickey Drexler of Madewell and J.Crew, Imran Amed [fashion expert and editor], Angela Ahrendts. She's at Apple now, bringing together fashion and technology, after holding the CEO position at Burberry for many years.

People in menswear, like Joseph Abboud. There’s a lot of people I’d like to bring from both the design side and the business/merchandising side.

Who are your three biggest fashion influences?

How do you describe your personal style?

Generally, sort of relaxed lux thing, a little bit eclectic. I like subtle drama, great shapes. I tend to live in neutrals, but I like to accent a lot with color, usually with a great accessory.

Your closet is on fire. What three items do you grab?

This Brunello Cucinelli jacket I love, that I recently bought. A pair of cracked silver slingback kitten heels from Dries Van Noten. And a cashmere sweater that I designed when I was at Banana Republic. It was very popular and set all kinds of sales records when I was there, so it has sentimental value.

I love that Richmond has so many interesting, pretty areas and lots of history. The charm and character and creative artistic energy – I love that there’s a lot of art openings. There’s always something to do. It’s a really nice city to walk around in, with a variety of inspirations and people.

I’ve been back to New York City so often that I’m not missing it much yet. Though there are a lot of great fabric stores in New York City.

Do you have a favorite local place to shop yet?

Well I haven’t had as much time to shop, but there are a lot of stores I’ve been dying to try. I’m still shopping for furniture for my apartment, and I love Metro Modern on Cary Street.

What’s been the most surprising thing about moving to academia?

How much email I get! [laughing] It’s still a creative job and I love that, but the volume of emails …

How would you describe Richmond’s fashion sense?

I dunno. It varies so much ... for certain things, it’s very eclectic, a lot of different styles. I don’t think I’ve honed down on any one trend. I’d say it’s eclectic and different. It varies a lot within the school of the arts.

Tell me about your brand. How do you describe the pieces?

I’m thinking about re-igniting it. It started with jewelry and accessories, ended up focusing on jewelry, red-carpet type, dramatic pieces. If I reignited, I’d do clothing.