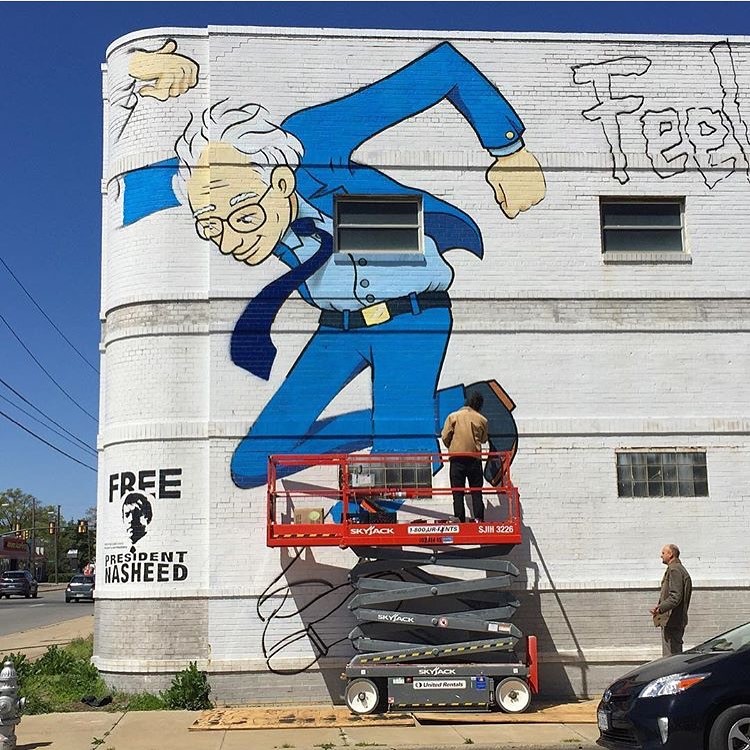 Richmond may have joined the growing list of cities that are "feeling the Bern" with a mural devoted to the progressive Democratic presidential candidate going up today on Broad Street.

Veteran local artist Mickael Broth spent the day painting the towering image of the 74-year-old Bernie Sanders moshing (or skanking, according to some observers) next to the phrase "Feel the Bern." The mural, which he's calling "Bernie Slamders," is located at 3300 W. Broad St. across from CBS-6 on the old Sea Dream leather building owned by David Morrison.

The work has been attracting supporters and well-wishers all day who have been posing for selfies with the mural as a backdrop.

Broth says the image was inspired by a familiar logo often associated with Los Angeles punk band, the Circle Jerks. The celebratory dance seems fitting on a day when Sanders won the state of Wisconsin, adding to his campaign momentum.

Morrison started the Billboard Art Project almost a decade ago and had recently been looking for an image for the outside of his building, according to Broth. The building is being renovated to become a center for creative professionals.

"We've known each other for a long time. He's a big supporter of the arts," says Broth about the building's owner. "Last weekend, he contacted me and asked if I would want to paint a Bernie Sanders image on the building. I said, 'absolutely.'"

Broth, a huge fan of Sanders, says the original image was created by female cartoonist Shawn Kerri back in the '80s. He chose it because it stresses the energy and revolutionary aspect of Sanders' grassroots campaign.

"It's fun, it's quirky and it draws on the punk-rock ethos," Broth says, adding that he thinks a lot of young people are feeling the Bern. "He seems to have a real chance and if nothing else, is unable to be marginalized. It's been interesting to watch the way both parties have tried to prevent two people [the other being Republican candidate Donald Trump] from being involved, and it's blown up in their faces."

This isn't even the only Sanders mural in the area. Fellow local artist Hamilton Glass has started working on a more realistic Sanders mural on the front side of the building that faces Broad. The artist posted a photo on Facebook earlier this evening, after two hours of work today. 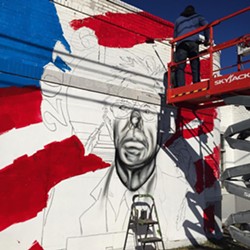 Broth says that most of his artwork has been more personal, less political, in the past.

"I think we live in a culture that is far less accepting of that kind of expression in public," he says. "But you see it around the world and I would love to see more of it here . . . We have so much public art in the city and so little of it has anything real to say."

Broth didn't seek permission from the original artist, but says the templates for both the murals are being made freely available for others to use. You can learn more at the Facebook page, Murals for Bernie, or check updates on his site at thenightowlwashere.com.

The Facebook page says "the images should not in anyway be re-created for the purposes of making a profit and the artists should be credited for their work."

Broth hopes his moshing Bernie Slamders will stay up at least through the general election, he says.

"Hopefully, until he wins," he adds. 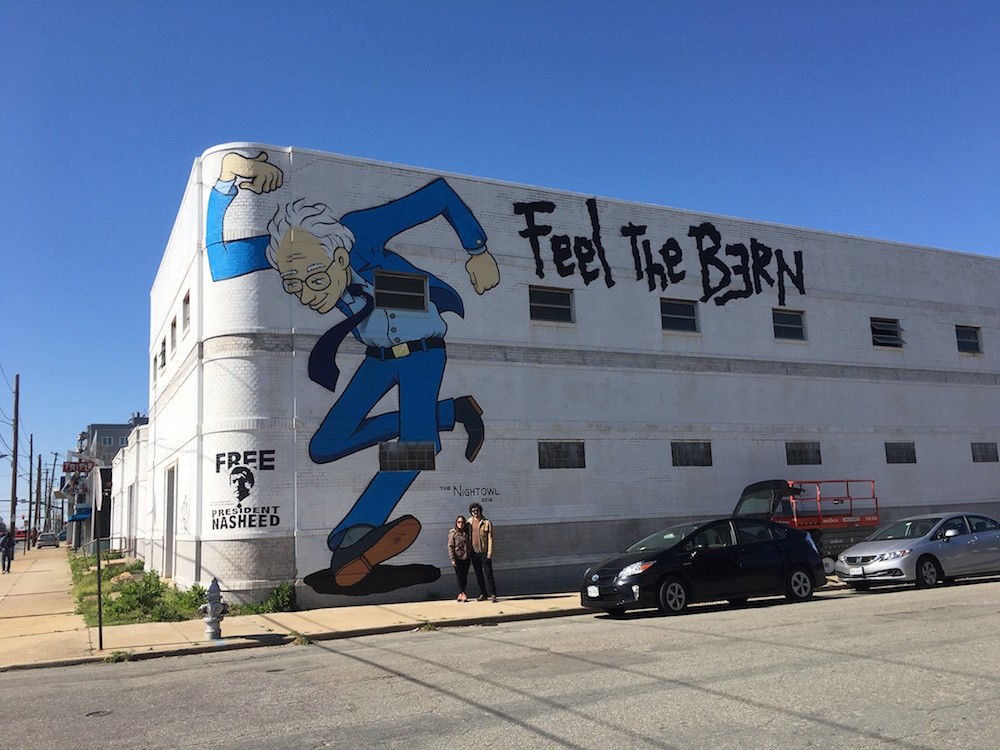