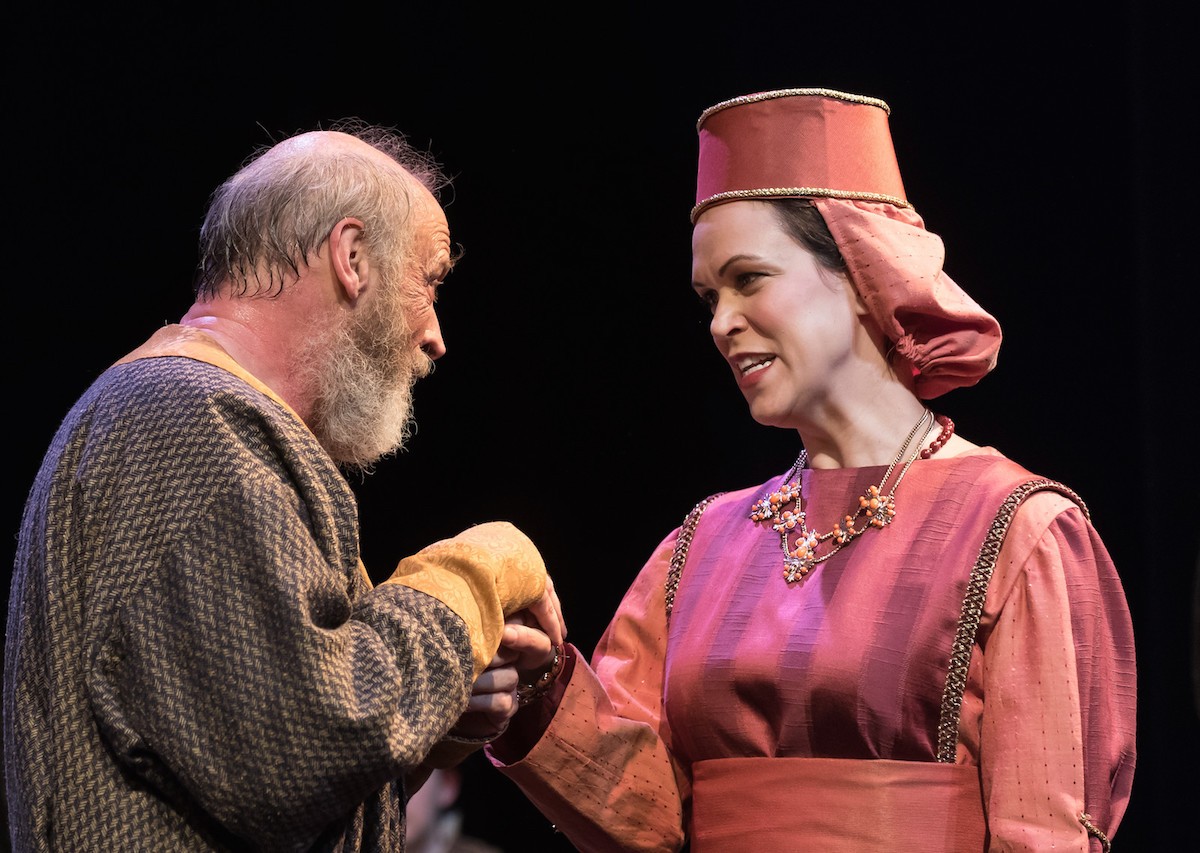 Even if you haven’t seen local actress Bianca Bryan in any of her growing number of brilliant stage performances, you probably know her voice.

She is the silky smooth “programming made possible by” announcer heard regularly on local public radio affiliate WCVE. But don’t let those calm, soothing tones fool you: Bryan is bringing the villainy as the treacherous Goneril who causes her father’s downfall in Quill Theatre’s “King Lear,” now gracing the Leslie Cheek stage at VMFA.

Of course, Bryan doesn’t see Goneril as inherently bad. “I was worried that I was going to have to manufacture this evil character,” she says. “But as we got into the rehearsal process, I started feeling that she is totally justified in what she does.”

Bryan’s empathy with the characters she plays translates into chameleon-like acting chops, skills that have landed her a stunning variety of roles since moving to Richmond in 2012 after 16 years working in New York. Last year, she scored two best supporting actress nominations from the Richmond Theatre Critics Circle, one for her portrayal of Hedwig’s drag queen husband in TheatreLab’s “Hedwig and the Angry Inch,” the other for her turn as a draconian stepmom in Cadence’s “Caroline, Or Change.”

The recognition isn’t surprising: Bryan made an indelible impression before she even moved here with her first performance in Richmond as the sassy maid in Barksdale’s 2008 drama, “The Clean House.” “My sister has lived in Richmond for 18 years,” she says. “Since my parents were diplomats and always overseas, coming down to visit my sister was what I’d do to ‘come home.’ I started circulating my headshots and Steve Perigard cast me pretty quickly.”

In the years since, it was in the back of Bryan’s mind that she might move here. After the birth of her second child, she and her husband made the leap. In addition to near-constant stage and voice-over work, Bryan has shot numerous commercials and has a recurring gig as the stand-in for Nurse Mary in the PBS drama, “Mercy Street.” ‘It’s been pretty perfect since we moved,” says Bryan. “We’ve never looked back.”

Though Shakespeare isn’t her specialty, she has a built-in affinity for the genre. She was, after all, named for Bianca from “Taming of the Shrew.” So you can bet Bryan’s parents, who have retired from diplomacy and settled in Midlothian, were excited by her being cast in “Lear.” “They were beside themselves,” Bryan says. “They bought tickets for opening night as soon as they could.”

Running: It’s the season of perky green things: the musicals “Little Shop of Horrors” at Swift Creek Mill and “Croaker: The Frog Prince Musical” at Virginia Rep are both still hopping.

What’s on Deck: The Firehouse’s first traditional mainstage show of the year, “Maple and Vine,” debuts next weekend.