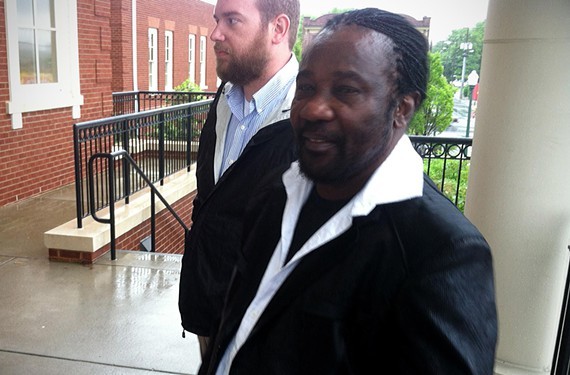 Good news for reggae fans: Now that Frederick “Toots” Hibbert has received an undisclosed settlement related to a bottle-throwing incident at Dominion Riverrock in 2013, the legendary singer is once again booking shows.

Hibbert required staples on his head after being hit at the event by a drunken 19-year-old bottle thrower, who was later sentenced to a year in jail with six months suspended.

Hibbert filed a $20 million dollar lawsuit against the organizer of the event, Venture Richmond, arguing that there had been negligence in planning security and alcoholic beverage sales at the Brown’s Island waterfront festival which draws thousands.

The Times Dispatch reports that none of the parties involved would disclose the details of the settlement.

“He had a downward gaze and his affect became suddenly sad when he reported that for the first time in many years he was experiencing what it feels like to be broke and unable to support his family financially,” the psychiatrist wrote.

The incident caused a rash of negative publicity for the city and its music scene, as you can see in the online comments for this video of the bottle-throwing (which occurs around the 4:24 mark).

Hibbert’s band, Toots and the Maytals, is indeed back booking concerts, with at least two festival performances in London already announced for August.

But whether Hibbert, who has played local venues such as the former Toad's Place, Maymont Park and Brown’s Island, will be booking any future shows in Richmond remains to be seen. He doesn't seem like the type to hold a grudge, and even argued to the judge for leniency in sentencing the young bottle-thrower.