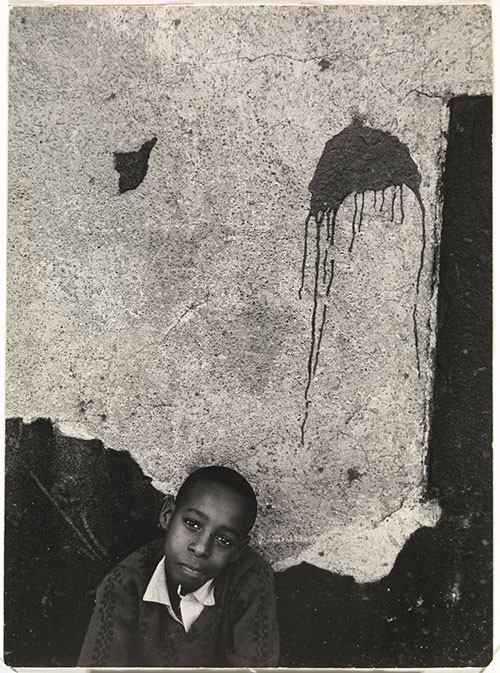 The VMFA recently acquired 35 photographs by the Richmond-born, African-American artist Louis Draper (1935-2002), as well as his complete archive, which includes his papers, working prints, negatives, and camera equipment, according to a press release.

Draper was born and raised in Richmond and moved to New York City in 1957, where he took classes at New York University’s Institute of Film and Television and the New School for Social Research. He studied with the influential photographer Eugene Smith and established relationships with Langston Hughes and Roy DeCarava. In 1963, Draper was instrumental in forming the Kamoinge Workshop, a collective of African American photographers.

And here's more from the press release:

Draper’s street photography of the 1960s and 1970s, as well as his role as a founding member of the African-American photography collective Kamoinge, have recently garnered critical attention and interest from peer institutions and art historians. The archive from Draper’s estate is vital for understanding his body of work as it includes his records, notes, and transcripts recounting Kamoinge’s early years.

Building on Kamoinge’s recent publication, Timeless: Photographs by Kamoinge, and Mercer County Community College’s book, Louis Draper: Selected Photographs, VMFA will be the first major art museum to organize an exhibition on Draper and the early years of Kamoinge, which will open in January 2019, and will be accompanied by a fully illustrated catalogue informed by the new archival research made possible through this landmark acquisition. In addition to making scholarly contributions to the history of photography during the Civil Rights era, the museum’s purchase of 35 works by Draper, along with his entire archive, is directly related to the museum’s strategic plan goal of significantly increasing VMFA’s holdings of African American art.