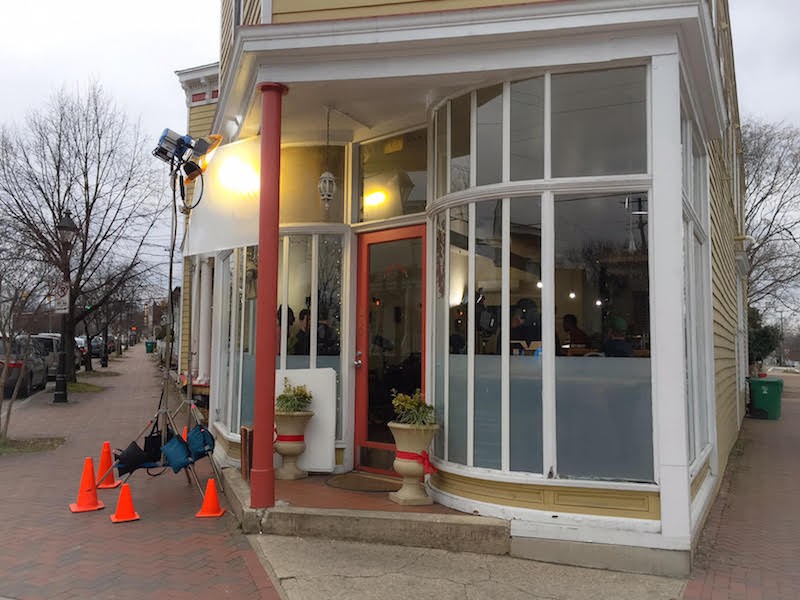 Don’t be surprised if a film crew rolls up to your favorite spot this week. The United States Postal Service has selected Richmond as its location for a series of commercials about the joys of snail mail.

The lighthearted skits will be targeted towards mom-and-pop print shops as well as bigger outfits, like those that manufacture direct mail equipment. The core idea is to teach business how to serve better mail products to customers.

During a shoot at Sub Rosa Bakery, producer Matthew Gottshalk said his team was in Richmond for the week, choosing locations and writing up scripts. He planned to hit the Richmond Ballet next, with views of the city’s downtown area. Gottshalk said Richmond resonated with him culturally and architecturally.

“We looked at cities from Seattle to Philadelphia,” he says. “Richmond just evoked the feel we’re going for. It’s got a distinctive character like those other places, and it’s cheaper to shoot here. I didn’t feel I was sacrificing anything, aesthetically.”

Dollars will pour into Richmond in other ways, too: the majority of staff was hired locally, including freelance film crew and acting talent.

The commercials come at a time when some critics are saying the US government should pull out of the mail monopoly business, as alternative mailing services proliferate. Last year the USPS lost $5.1 billion – its ninth consecutive annual loss. Expected price increases arrived last month on commercial package shipping, including for Parcel Select products, which are also used by UPS, FedEx, and Amazon. Such competitors offer reduced rates if your package can be dropped at the local post office, leaving your trusty mailperson to ensure it reaches your doorstep.

But Ouellette argues that the USPS is becoming more convenient, affordable, and even sophisticated. With these River City skits, he can now add quirky to the list.