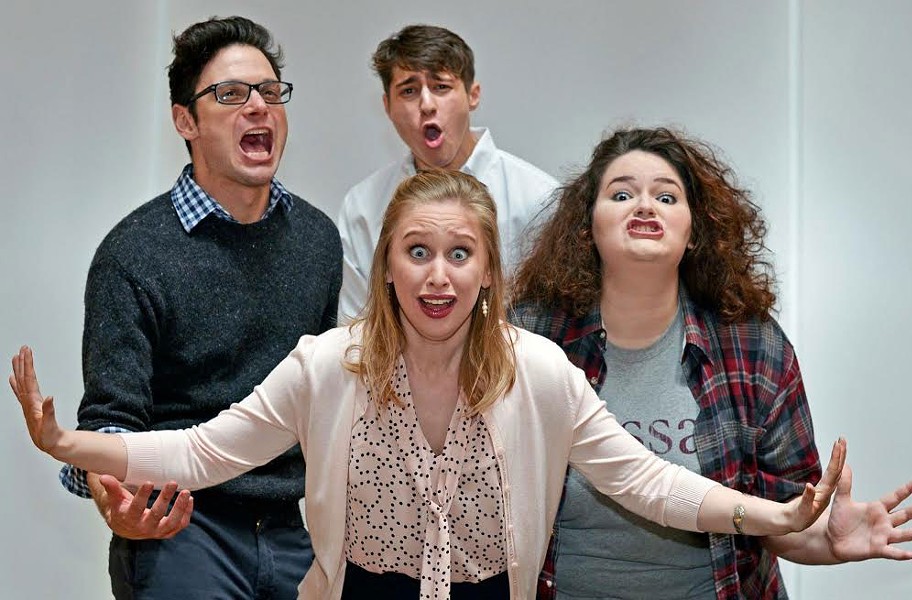 TheatreLab's "Bad Jews" is one of five productions featuring themes of Judaism in the annual Acts of Faith festival.

The annual Acts of Faith theater festival, a Richmond institution celebrating its 12th iteration, seems to have a distinctly Jewish bent this year. In five of the festival’s 16 productions, the characters’ Judaism is either a main theme (as in Swift Creek Mill’s Holocaust drama, “The Little Lion”) or a significant grace note (5th Wall and CAT’s co-pro “Unexpected Tenderness”).

The majority of the actors playing Jewish characters in these shows aren’t themselves adherents to the faith. When it comes to race, an actor and character mismatch can generate a boatload of controversy -- as per the recent Joseph Fiennes as Michael Jackson kerfuffle -- but does it matter when it comes to religion?

“It’s an interesting question,” says Debra Clinton, who is Jewish and also the director of TheatreLab’s latest production, “Bad Jews.”

“From a technical standpoint,” she says, “it’s good to have a Jew in the room to interpret the cultural references and get the pronunciation of certain words right. But in a play about identity the important thing is for actors to discover who these characters are, and then we can layer on the Jewish thing.”

One actor in “Bad Jews” is Jewish and Clinton says that his perspective helps ground the cast in the appropriate milieu. Still, that doesn’t necessarily give him an advantage over his castmates.

“Each actor has to do their homework and build their character, whether from the inside-out or the outside-in,” Clinton says. “In this cast, everyone is passionate about the show and committed to getting it right.”

Keith Fitzgerald is directing “The Lazarus Syndrome,” which opens at Richmond Triangle Players this week, and while his mother is Jewish, none of his cast members is. Like Clinton, he doesn’t think that’s an issue.

“I believe Judaism is as much or maybe even more a cultural experience than a religious experience for some people,” he says. “If an actor can capture an inherent Jewishness, their background doesn’t matter to me.”

Fitzgerald quotes a line from “Lazarus” that he says hints at those inherent qualities: “Jews suffer. That’s what we do. We suffer and we wander. And eat. Suffer, wander and eat. And worry.”

“We are trying to communicate universal truths,” Clinton says. “To do that, a play has to be about more than being Jewish.”

By the way: Blink and you’ll miss the traveling show “Joseph and the Amazing Technicolor Dreamcoat,” hitting the Altria for three performances, Feb. 26-27.

Running: The theater season is seriously heating up with four productions on the boards: “The Little Lion” at Swift Creek Mill, “Saturday, Sunday, Monday” at Virginia Rep, “Bad Jews” at TheatreLab, and Cadence’s “The Mountaintop” at Virginia Rep’s TheatreGym space.