Bernie and Trump Square off in RVA 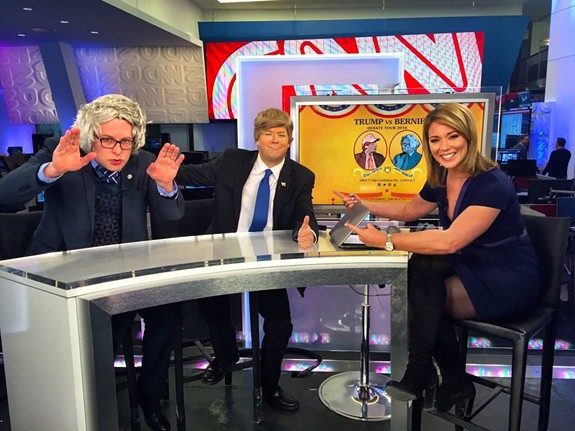 We've all seen good Donald Trump imitations before, even from A-list Hollywood actors like Johnny Depp.

But with big respect to Larry David on "SNL," there have been few other memorable Bernie clones. That ends this Sunday in Richmond.

James Adomian ("Last Comic Standing") will be appearing in a comic debate as Bernie Sanders versus Anthony Atamanuik ("30 Rock") as Donald Trump at the Broadberry -- just in time for Super Tuesday.

Check out the blustering Adomian in a clip.

The unsanctioned, bipartisan, fake debate is being brought to Richmond by the comedy folks at Coalition Theater.

"It's a national tour with national press [they just did a five-minute segment on CNN]," says Matt Newman, executive director at Coalition Theater. "It's also timely for Virginia, right before Super Tuesday, and a bit of comic relief right in the middle of a contentious primary cycle."