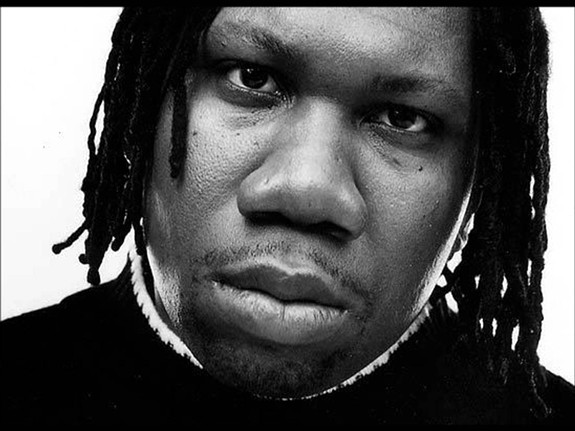 That's the radio-friendly version of a lyric that rap vet KRS-One is known for, a warning that disrespect won't go unnoticed or unpunished.

But that was years ago and now the 50-year-old is more likely to leave an angry voice mail or a compose a fiery email than write a song about a detractor.

Still, a tirade from the Blastmaster isn't something you want to inspire. Self-described “rap critic” Celebrity Dame is the latest to find that out -- and it all started in Richmond.

“Out of all of the dope rappers in VA he co-signed this dude? Yo Krs One has officially lost his touch,” Dame wrote. “This guy clearly does not reflect Virginia’s HipHop Scene.”

Yesterday, KRS-One's lengthy response appeared on that same site. Here's part of it:

“Normally, I would not even respond to such jealousy, but your comments do raise some issues regarding the ignorance of those that claim to be authentically 'Hip Hop' or even 'real emcees.' So, allow me to update you.

“First of all, I AM HIP HOP! And NEVER FORGET THAT SHIT! I’m not the one to hide behind a computer screen talking shit; I’m in the streets FOR REAL! I teach and inspire young people FOR REAL! I rock clubs FOR REAL! I write authentic Hip Hop books and albums FOR REAL! And I engage my people in the struggle FOR REAL! Making comment about me behind a computer screen is NOT HIP HOP! I don’t know about these other rappers that you may comment on, but I suggest you do your homework regarding KRS-One -- I am not the dude to be fuckin’ with like this. Please be careful how you use my sacred name in your critiques. I was just in Charlotte North Carolina last night rippin’ shit down! If you were so concerned about my 'co-signing' of Young Prince Charles, why didn’t you come to my show and express your critique there in my face amongst REAL EMCEES, or even engage Prince Charles yourself? Blurting-out 'KRS-One Just Disrespected Virginia Hip Hop,' is disrespectful to me and to Young Prince Charles; like he doesn’t have a family hoping that he becomes more than just another Black man in jail! Like I haven’t actually engaged all kinds of V.A. emcees, DJs and producers for the last 30 years! Like I wasn’t just in a cypher with real V.A. emcees just three days ago with Young Prince Charles present! Like you are somehow an authority as to what a real Virginia emcee actually is. My point here is simple, DON’T DISRESPECT ME, because I will defend myself!

“Secondly. I support anyone trying to be successful through Hip Hop. As an elder emcee, when a young aspiring emcee comes to me for guidance and empowerment, it is not my place to criticize such young artists or disregard their talents because their artistic styles may not be identical to mine, or meet the approval of people like you. My role as an elder emcee is to inspire younger emcees; not tear them down and disregard their talents like our parents did to us at the birth of Hip Hop.”

Celebrity Dame posted a humble and contrite response below the missive from KRS-One.

“I have to say even being in a feud with you just made my value go up. I never intended to offend anyone and I want to not only apologize to you, but also to Young Prince Charles, his family, New York and the entire Richmond, Virginia. Thanks for even caring enough to write back, your hiphop wisdom is far beyond anything my brain could fathom.”