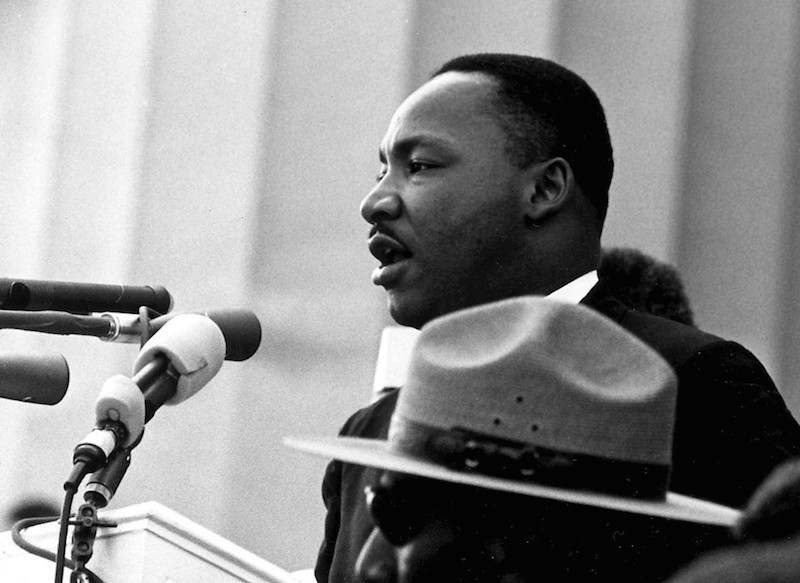 In “I Have a Dream,” which opened Friday at Virginia Repertory Theatre, Michael Brown plays the iconic leader in a show aimed at young audiences, delivering King’s most famous speech as part of a chronicle of the iconic leader’s rise to prominence.

On Feb. 20, Cadence Theatre will debut “The Mountaintop,” a fictional dramatization of King’s last night on earth before his tragic assassination. Award-winning Broadway veteran Jerold Solomon will take on the mantle of the civil-rights leader.

As befitting two very different plays, the actors portraying MLK took opposite approaches in preparing for their roles.

Brown immersed himself in recordings and videos. “YouTube is an incredible resource,” he says. “I watched Martin’s speeches over and over again.”

For Brown, the key was to capture the cadences of the famous orator as clearly as he could. “I want audiences to forget that there is even an actor up on stage,” Brown says. “I feel I do Martin justice by getting out of the way of the speech and letting those powerful words come through.”

Solomon had a different challenge. “‘The Mountaintop’ is not quintessential Martin Luther King,” he says. “It’s supposed to be everything you haven’t seen on camera.” Solomon explains that everyone knows the powerful, poetic voice of King the orator or the careful, measured voice he used giving interviews. “But he had a third voice,” Solomon says, “the way he spoke in regular life. I had to figure out what that voice was.”

By the way: Small theater companies with limited budgets often rely on their audiences to fill in context, using a few chairs to represent a car, for instance. But for the 5th Wall and Chamberlayne Actors Theatre coproduction of “Unexpected Tenderness,” set designer Eric Kinder wouldn’t settle for an imaginary vehicle.

According to 5th Wall’s artistic director, Carol Piersol, Kinder assembled a full-size 1950s-era truck cab using parts salvaged from a junkyard. It may not be as substantial as the World War II bomber famously used on stage in the Broadway revival of “South Pacific,” but the result adds literal weight and substance to an extended truck-driving scene that opens the second act of “Tenderness.”