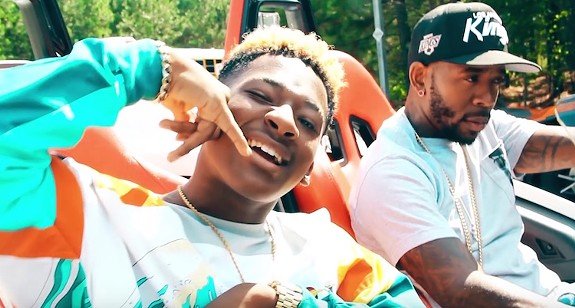 KRS-One gives the aspiring artist some solid encouragement and advice to continue to up his game, and even asks him to participate in his make-up show tonight at the National, which was postponed due to the weather.

You may remember Young Prince Charles from his brief role in the locally produced film, "Troop 491:The Adventures of the Muddy Lions" by Style 40 under 40 recipient Patrick "Praheme" Ricks, who is now pursuing his film career in Los Angeles. Charles also created the film's title song and is know for his local work on an anti-bullying campaign.