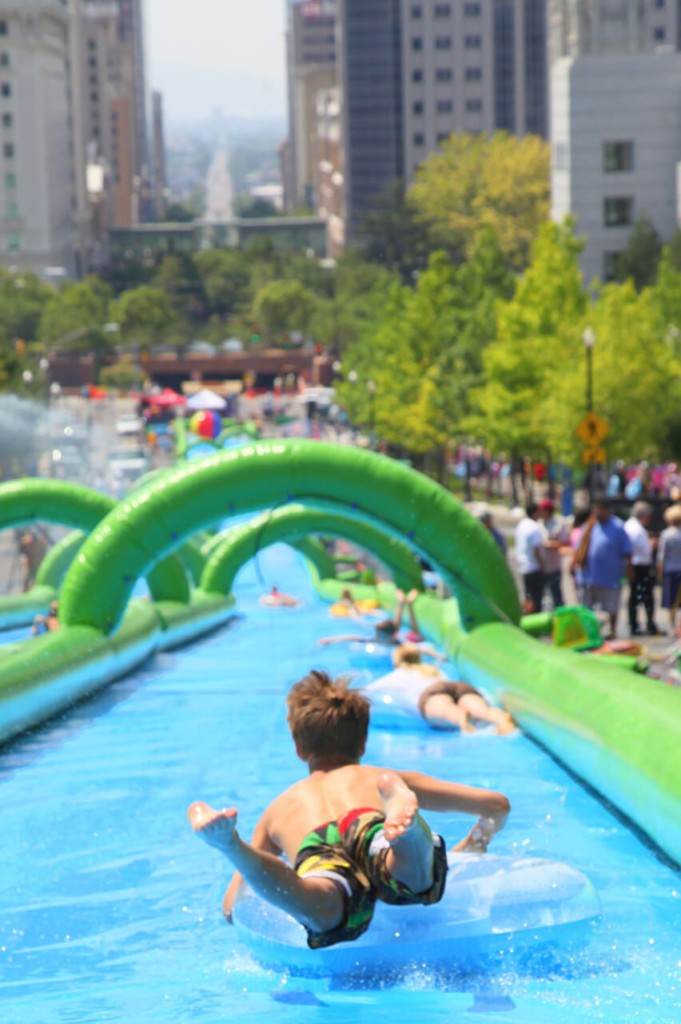 If you're one of those incessant whiners crying about the snow or the cold, fear not: Some people out there are busy preparing special, splashy things for humid summer in RVA, which is only four months away.

That's right, folks: Tickets already are on sale for Saturday, June 18, when a national tour called Slide the City plans to turn one of Richmond's downtown hills on East Byrd Street into a giant, 1,000-foot slip-and-slide.

"We are super excited to come to Richmond. This year will be a block party with music, food, street entertainers, local vendors and more surrounding our 1,000 ft slip 'n slide," says Slide The City marketing manager Amy Gessel via e-mail. "Sliding starts at 9am. Single, Triple and Ultimate Slider passes are available on our website."

Sounds like a good first date plan: Who wouldn't be impressed by an offer of an Ultimate Slider pass? We're not talking burgers here.

Early bird registration is now available for $10 bucks and that price goes up to $20 as the date approaches.

Of course, someone will probably turn this into some kind of themed pub crawl and puke flume. You know that's coming next.

The event has a positive message, though. According to a press release, "Slide the City is dedicated to responsible water and resource use and to raise awareness about water conservation and scarcity."

The slide is designed to recirculate water throughout the day, which minimizes water use. Approximately 12,000 - 20,000 gallons of water is circulated in a day. After each event, the water used is treated and/or recycled back into the community. Methods of recycling include local reclamation centers, watering city parks, and other places dependent upon direction from city officials.

As pointed out by a reader, last summer's Slide the City event in Hampton was not without controversy, with some participants demanding refunds after claiming the slides were not lubricated enough and water was too chlorinated. They apparently had to fight for refunds.

"As it was our first slide season last year we had a few unforeseen problems in Hampton that led to a late start," says Gessel. "Since then, we have held over 70 events worldwide and over 180,000 people have experienced our one-of-a-kind slide. With this additional experience, and the systems we now have in place, we are prepared for anything that could cause delay so that the event can continue as scheduled and customers are not affected. We're excited to be back in Virginia."