People think the only theater that matters happens in New York. People are wrong.

To wit: Richmond’s Quill Theatre just opened “Stupid Fucking Bird,” a play that premiered in Washington in 2013. Since winning the Helen Hayes Award for best new play that year, it has become one of the hottest shows in the country with productions in San Francisco and Boston and a half-dozen cities in between. But it won’t hit New York until a planned off-Broadway run in March.

Quill’s staging stands out from the burgeoning crowd as being the first to create a fully immersive experience. Set designer Tennessee Dixon remade the entire interior of the Richmond Triangle Players theater in Scott’s Addition, installing boardwalks that traverse the space from backstage all the way to the lighting booth.

“The idea was to break down the distinction between actor and audience,” Dixon says. Seats are scattered about the theater, both onstage and off, making one of Dixon’s biggest challenges establishing sightlines that allow every audience member to see what’s going on. She says that director Jon Kretzu shared her excitement for “creating an inclusive environment where the audience is totally in on the action.” 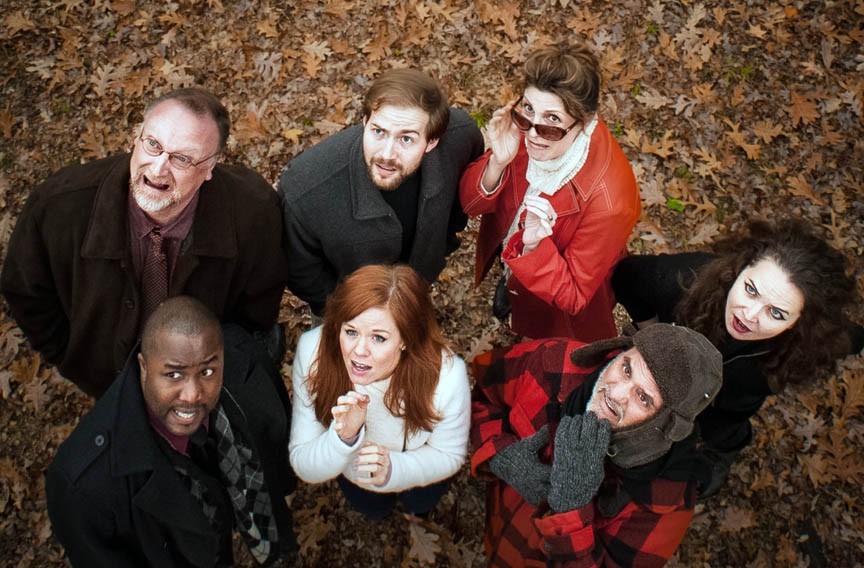 By the way: Welcome to Footlights. This weekly column will feature what’s unique, unusual or unexpected about the local stage scene. "Stupid Fucking Bird" is an example of why Richmond is an exciting theater town. With 15 professional theaters and several respected collegiate performing arts programs here, Central Virginia has become an ever-evolving hotbed of intriguing activity. Check in here every Sunday for a peek inside what’s going on. And send me your ideas at letters@styleweekly.com.

Running: The holidays officially petered out over the weekend. The stage season hasn’t quite kicked into gear yet, but both “Stupid Fucking Bird” and Firehouse’s esoteric “The Fourth Wall” will be keeping audiences immersed until the end of the month.

What’s On Deck: Quill is offering the somewhat cognitively dissonant experience of watching live theater at the movies with their award-winning production of "Hamlet" from this past summer, restaged for video, playing Monday, Jan. 11 at 7 p.m. on the Byrd Theatre's big screen in Carytown. If you'd rather watch in your pajamas, the same production will be shown on WCVE-PBS on January 14th at 9 p.m. That night, TheatreLab kicks off its “Cellar Series” of experimental, short-run productions with “9 Circles,” an Iraq war story inspired by the nine circles of hell described in Dante'’s Inferno. Performances are at their Basement space downtown at 8 p.m.