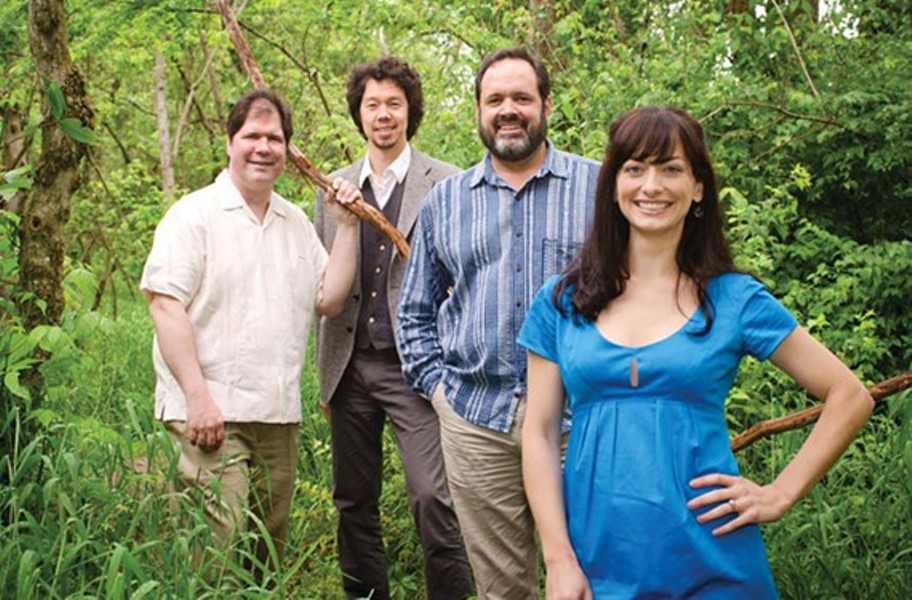 A sad departure: Popular local singer Laura Ann Singh (Miramar, Quatro na Bossa) left Richmond this week for the sunny steep hills, world-class culture, and tremendous quality of life available in San Francisco. So maybe it’s not so sad. She told me that she just got there yesterday -- and moved because of her husband’s job.

“Quatro na Bossa has a concert scheduled in July with VCU, and Miramar is releasing an album this year, so I anticipate still being very involved in the music scene in RVA, just at a distance,” she says via messaging. “I plan on singing out here once we get life figured out a little! Will be back because we have enjoyed a really close-knit family and community in Richmond. All the best!”

Here's hoping she winds up with a gig at Yoshi's in Oakland, where I used to go see the great Shirley Horn hold court. Sigh. That woman could mesmerize with the best of them. Listen to her take McCartney's "Yesterday" and make it her own.

I asked Rei Alvarez, an artist and lead singer for Bio Ritmo and Miramar, what Richmond was losing.

“Musically, she's a dream come true for many,” he says. “For me, she's a role model and the best singing partner I could ask for. Without her, Miramar might have never been. Singing with her makes me try to rise above myself and get down to the real expressive emotion of a song. She is a first-class human being, tasteful and sincere.”

Singh was a lovely, graceful presence on the local scene. Let's hope when she comes back, there will be warm turnouts for her shows.

Here she is performing alongside Alvarez at Balliceaux. The pair sounded amazing together and will sorely be missed by many.

And finally -- sadly, there isn't a whole lot of YouTube material out there of her local groups -- here's Laura performing a more personal religious song written by her father, Wally Boyd, who used to teach his kids scripture through music when they were growing up.