"Motown" has better songs than most -- and they sure go by fast. 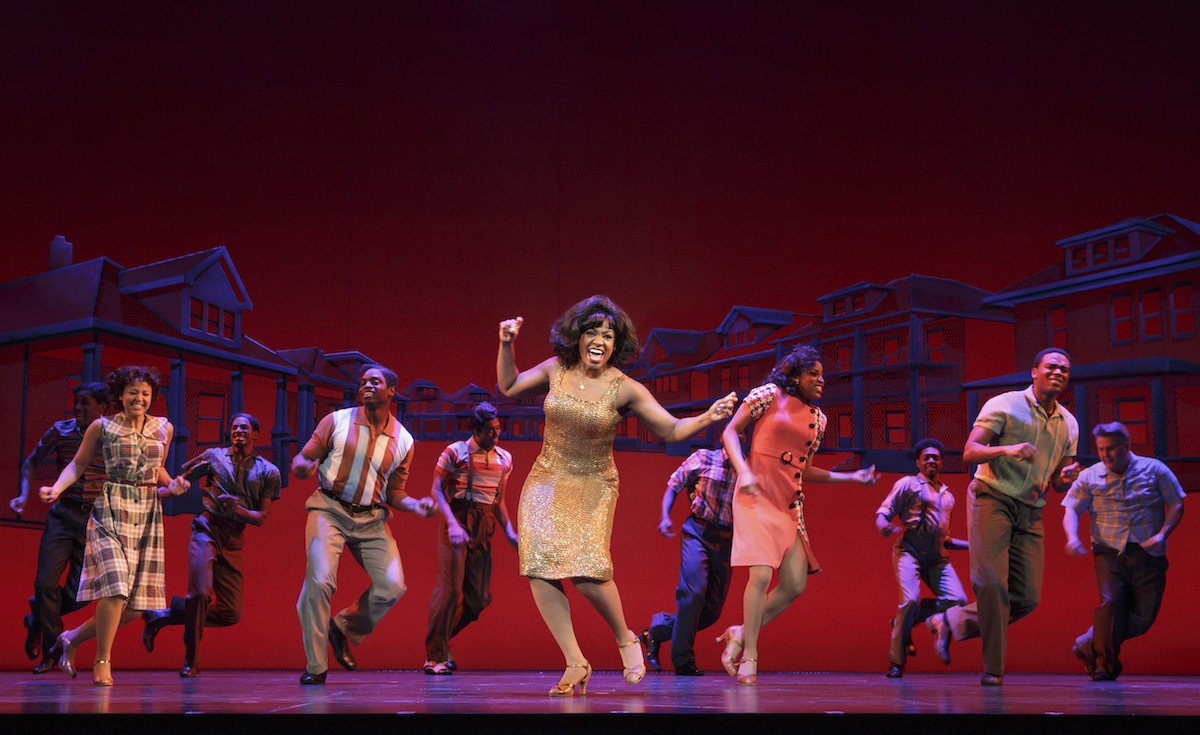 So maybe consider this like a Yelp review for a touring Broadway musical.

But I did go see "Motown: The Musical" last night, whose limited run we've already previewed here. Since we don't have an official review planned, I'm providing some observations from last night's packed performance. Feel free to add your own take in the comments section.

The Brits had the Beatles, Kinks and Stones, but as far as American pop goes, future generations may look especially kind on Motown, a small label from Detroit cranking out timeless gems for several decades before it imploded.

This production has all the big names looking tight in their heyday, though one should be forewarned that many of these original stars' voices prove too special to replicate. Give the performers credit for degree of difficulty.

The performances range from mediocre to damn good: Particularly memorable were the young Michael Jackson played with cool, hat-tipped verve by Leon Outlaw Jr., the smooth Smokey Robinson (one of the most likable characters) played by Nicholas Ryan, and Allison Semmes as the sly, strong-willed Diana Ross. (Oh, I should mention that the woman behind me was loving some Stevie Wonder every time he appeared, swaying his locks. "Look at Stevie!" she kept saying.)

The crowd seemed to enjoy reliving their own personal memories of the performers and their songs, which are inseparable in most cases here.

But the show crams so many snippets from so many songs, I found myself wishing I could experience just a few numbers in their entirety. (Imagine having a DJ play you 15 seconds from each of your favorite 100 songs for nearly three hours with some intermittent jokes, Civil Rights unrest, and a half-cooked romance squeezed between them). That "Motown: The Musical" is still by-and-large enjoyable is a credit to the soulful source material as well as the live band in the orchestra pit led by conductor and keyboardist, Darryl Archibald, who definitely earns his paycheck on this gig.

Lighting was colorful throughout and sets were decent; the action zipping through historical moments without pausing to catch a breath. But the musical felt best in its populist moments when involving the audience. This includes a bit where Ross ventures into the crowd as part of a Vegas routine. Last night, she found a woman from Richmond to sing and a guy from DC who really knocked it out of the mosque, drawing wild applause for his confident take.

Then we all held hands and finished singing the song, "Reach Out and Touch," which provided a cool, racially harmonious moment for the mixed house that illustrated how the best popular music unites us all.

There were some humorous dialogue moments which helped the frenetic pace of the show. Like when Ross learns that her lover Gordy has arranged for her to star in her first Hollywood feature "Lady Sings The Blues."

"But I've never acted before!" she says in her high, bird-like voice.

"Bullshit!" Gordy replies with a certainty that lets us know he deeply understands that all women are actresses to some degree.

Overall, this was a fun show that could use better pacing and perhaps a stronger-willed editor picking key moments, so that a few songs could be fully delivered to bring the house down. And if you're looking for the deeper, more objective story of founder Berry Gordy and the label, you're not going to find it here in this glossed-over, tourist shop version content to paint Gordy as a saint whose darkest dilemma is whether to appear at Motown's 25th reunion and forgive his former stars who left him for mo' money.

But hey, when you have this many beautiful songs, producers must've thought storylines just got in the way. They just decided to let this jukebox ride -- and that's not a bad thing at all when we're talking Hitsville, USA.

"Motown: The Musical" at Altria Theater runs through Sunday with tickets ranging from $38 to $88.