"Making a Murderer" - The Movie

Some writers have a pretty good list of who should play whom. 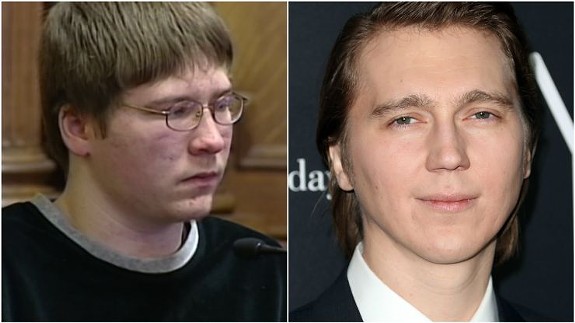 So if you haven't watched the 10-episode courtroom drama "Making a Murderer" on Netflix, you've at least heard people freaking out about how great it is by now.

Yes, it's as addictive and infuriating as everyone says. It's also a huge letdown once you go fishing online and read all the stuff the filmmakers left out that seems to indicate the surefire guilt of lead figure Steven Avery.

But there's always a conspiracist's hope. And let's not forget: You can still believe the police planted evidence and that Avery is guilty.

And if you've been following the coverage, you probably know Anonymous was supposed to release some files on Tuesday that would further show Avery was framed by police -- that seems to have been a troll. Also, the embedded filmmakers have spoken out about a juror who felt intimidated by police and had believed all along that Avery was indeed framed. Will there be a new trial?

Here's a trailer for the series, in case you've been living in a tree for the past month.

At any rate, you just know there's a Hollywood movie brewing considering the way this fascinating story has captured the attention of the public. And so far, one of the best things I've seen is a Fusion list of which actors should play which Manitowoc County maniacs in the film. If filmmakers could get half this cast, they'd have a surefire hit. Check out the whole list here.

The only question now is who's going to helm this sucker? Please not J.J. Abrams. Nobody wake him. He should just retire on his "Star Wars" money and play with his fan toys. Let's have someone with some original, creative vision. How about Werner Herzog? He's great at movies that are slippery with the truth, and he's got a new doc on the Internet. By the way, watch the trailer below. I also wouldn't kick "Zodiac" director David Fincher to the curb if he was in the mix.

They've also got to find a better title than "Making a Murderer." This whole thing revolves around a salvage yard and is about salvaging lives -- how about just "Salvage"?" Or something. Anything, people.