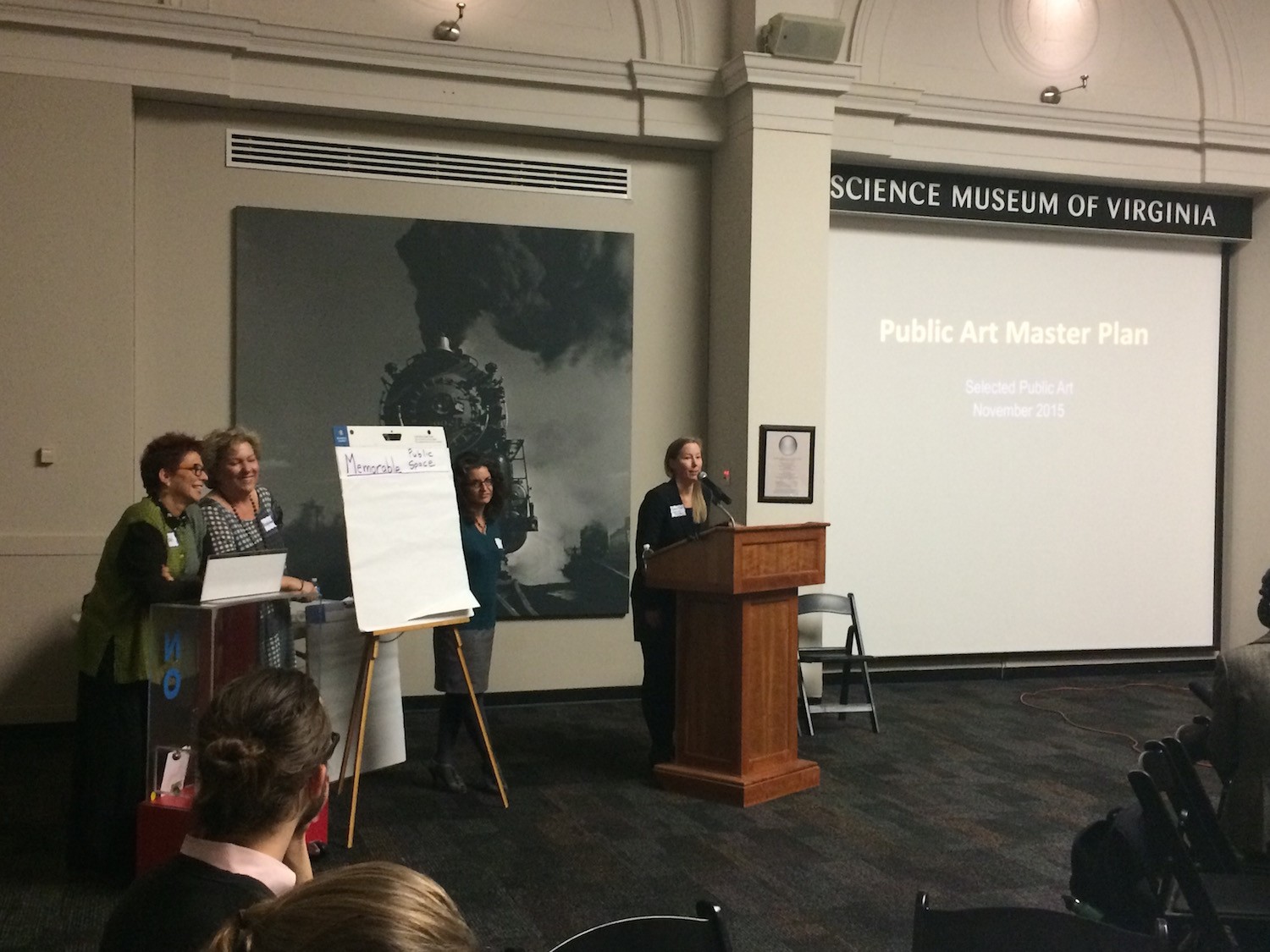 “It’s critical that everything in the plan reflects what is unique about Richmond,” said Gail Goldman, one of the consultants hired to develop it.

The meeting was a brainstorming session centered on just that -- a congenial, informal atmosphere of attendees that mostly seemed to know one another.

The city has $3.2 million in a fund for public art, because of a mandate that earmarks 1 percent of every municipal construction project over $250,000 for such a purpose.

With a $150,000 contract from the city, Goldman and Gretchen Freeman will develop the master plan. They've worked together before on such plans elsewhere, including San Antonio and Calgary.

The room hit a lively groove when Goldman and Freeman, who are from San Diego and Phoenix, respectively, asked the crowd what makes Richmond unique.

Richmond Magazine’s Harry Kollatz corrected and elaborated on others’ histories and urban myths at will. He told the room a parable about stolen diamonds, which Freeman dutifully added to the board.

“Right now we’re in the research phase,” Goldman said. “It’s all about community input.” She and Freeman attended InLight at the VMFA while in town for this meeting.

By April, they will “identify emerging values and themes” and a rough draft will appear next fall.

In the meantime, Ellyn Parker, hired in July as the public arts coordinator, is tasked with collecting and communicating these ideas to Goldman and Freeman.

“Basically anybody with a group of five or more, I will come to your meeting and collect ideas,” she said.

And now they say there's no bad idea. People can take the Public Art Commission’s survey here until February.