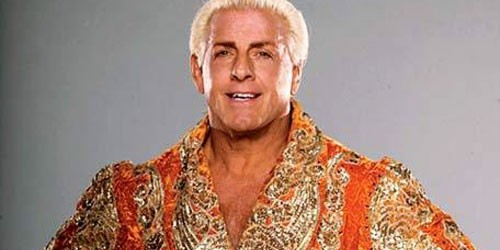 If Mr. Bloomberg really wanted his money to help sway the Senate election, he probably should've known his audience better. Instead of throwing millions at a gun-control push, he could've broke a little something off for this man right here, and won in a landslide, at least in Powhatan County.

Yes, I'm talking about Ric "Nature Boy" Flair, 16-time world champion, who will be appearing on Saturday, Nov. 21 at Powhatan High School with Ricky "The Dragon" Steamboat as well as Ricky Morton and Robert Gibson, otherwise known as The Rock and Roll Express. Also on the night's card are Scotty "2 Hotty" Garland vs. Gangrel plus Flex Armstrong.

The event is a fundraiser for the Powhatan High School Wrestling Team and starts at 7 p.m. Tickets are available now at btwtickets.com, Blackhawk Gym, County Seat Restaurant in Powhatan, and Hooters of Midlothian. Because where else would high school kids get their wrestling tickets but at Hooters?